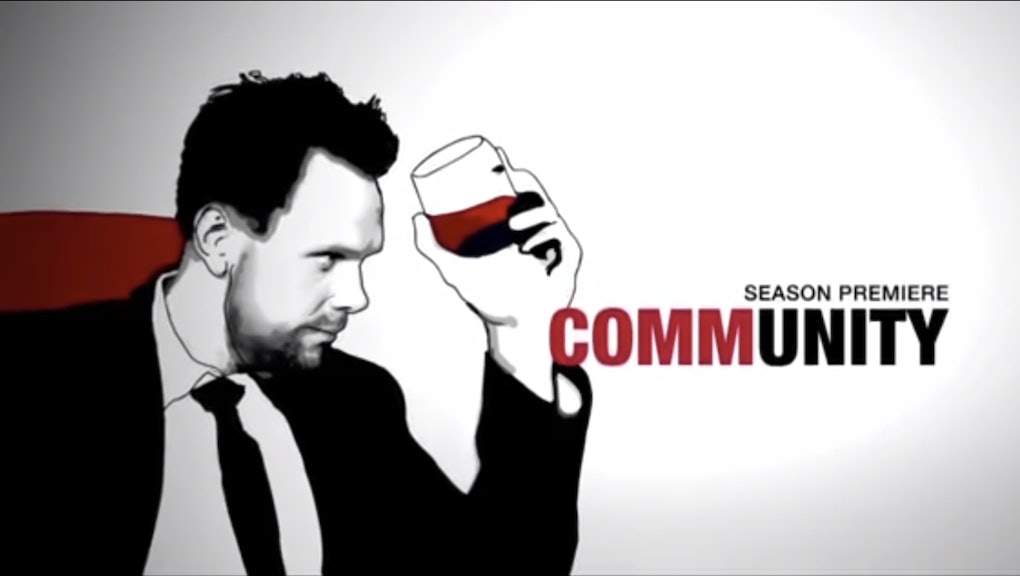 NBC's surprise cult hit Community is returning for its fifth season on January 2, and the internet's excitement is palpable. The show's creator and one-time show runner, Dan Harmon, has made arrangements with NBC and is returning to the show after having left shortly before the fourth season.

Writers have come and gone, and some actors have left (some in pretty dramatic ways), but the show will always be hilarious thanks to its off-beat writing and spectacular grasp of media-centric meta-humor. It's no surprise that Community's newest promo is just perfectly that.

NBC has already released a few great trailers on YouTube, but there's something about the new Mad Men-themed preview that makes it the best of all. It's a spot-on parody of the Mad Men episode previews, which seem exciting, but are really just a selection of unrelated phrases and moments that reveal nothing about the upcoming episode.

Though it, too, reveals nothing about what's actually going to happen in the next season, the trailer does confirm that the writers and producers haven't missed a beat. They will continue employing their perfected style of meta-humor in which they make fun of anything and everything, especially other shows, movies, and genres.

If there has already been hype surrounding the show's return, these trailers have stoked the fire. When Harmon returns to the show, some people were worried that he couldn't bring back the original Community magic. But if these trailers — and this delectably perfect Mad Men spoof — are any indication, there's nothing to be worried about.

Community is back. #sixseasonsandamovie