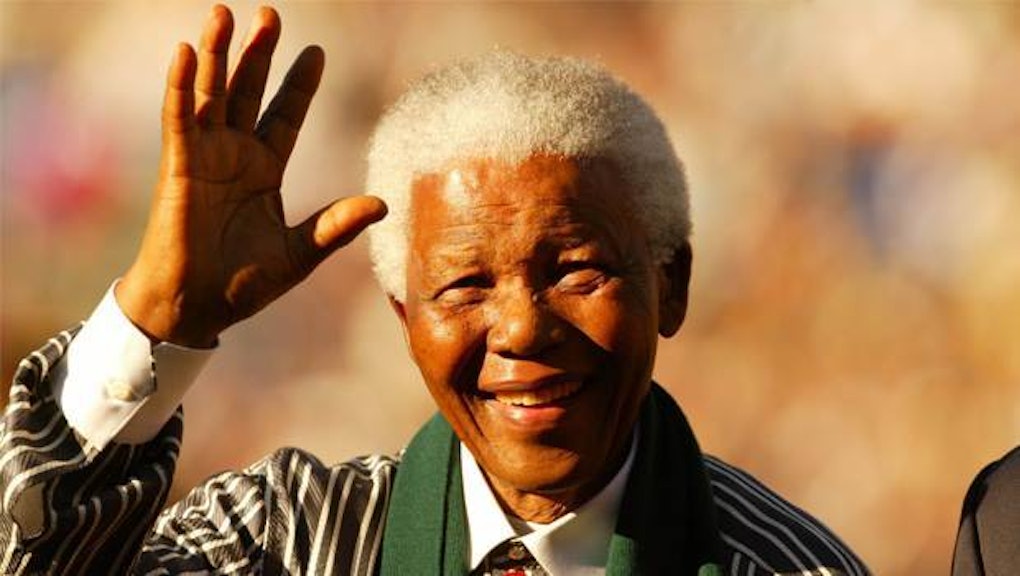 Mandela, undoubtedly left behind a huge legacy. But he isn't the only political icon to die this year: 2013 saw the deaths of politicians who largely impacted politics around the world. The following five leaders managed to make their marks, for the better or worse:

Born Edward Irving Koch in The Bronx, the former New York City mayor passed away on February 1 of congestive heart failure. The long-time Democrat, whose City Hall administration lasted from 1978 to 1989, was widely recognized for his liberal views on LGBTQ rights and his conservative strong-arm tactics in battling urban crime. He teetered across political lines throughout his incumbency, backing the city Health Department's decision to shut down gay bathhouses in 1985 and approving a LGBTQ ordinance for the City Council the following year.

Known for championing egalitarianism, social justice and rights for the poor, the former president of Venezuela was the paradigm of post-Cold War Latin American socialism, employing a Bolivarian interpretation of anti-imperialism. Chávez died on March 5 from a massive heart attack – he endured a two-year battle with cancer. Although the former Lieutenant colonel was criticized by conservative opponents for alleged suppression of free speech and mismanagement of the economy, the Venezuelan leader managed to launch one of the largest pan-Latin American public news organizations, TeleSUR, in 2005 while making Venezuela the country in Latin America with the lowest inequality rate in 2012.

Margaret Thatcher, who was a symbol of British conservatism during her time as Prime Minister of the United Kingdom from 1979 to 1990, died on April 8 from a stroke. Supporters praised her deregulation, privatization and corporate economic policies, while opponents often criticized her repression of workers' rights, trade unions and social welfare programs. A staunch anti-communist, Thatcher aided former American President Ronald Reagan in backing NATO's move to place nuclear missiles in Western Europe to defend against a perceived Soviet invasion. She also facilitated the British navy's decision to reconquer the Falkland Islands (Islas Malvinas) from Argentina in 1982.

Võ Nguyên Giáp was a former General who served the Marxist-Leninist Vietnamese People's Army during the First Indochina (1946-1954) and Vietnam (1960-1975) wars – he died on October 4 at 102 years old. After successfully eradicating French colonial powers from the region, he managed to defeat subsequent American invaders and earned high military recognition following his Tet Offensive. Widely acknowledged as Ho Chi Minh's right-hand man, Giáp also worked as the interior minister of his administration while serving the party's Politburo.

South African revolutionary Nelson Mandela was widely praised for his successful efforts at eliminating apartheid rule from his country after being released from jail in 1994 – he died on December 5 from a respiratory infection. Originally a member of the South African Communist Party and later the democratic socialist African National Congress, he based his platforms of racial equality and economic egalitarianism on his influence from Marxist literature. Mandela spent approximately 27 years in a prison on Robben Island. He was removed from the United States' international terrorism watch list in 2008.