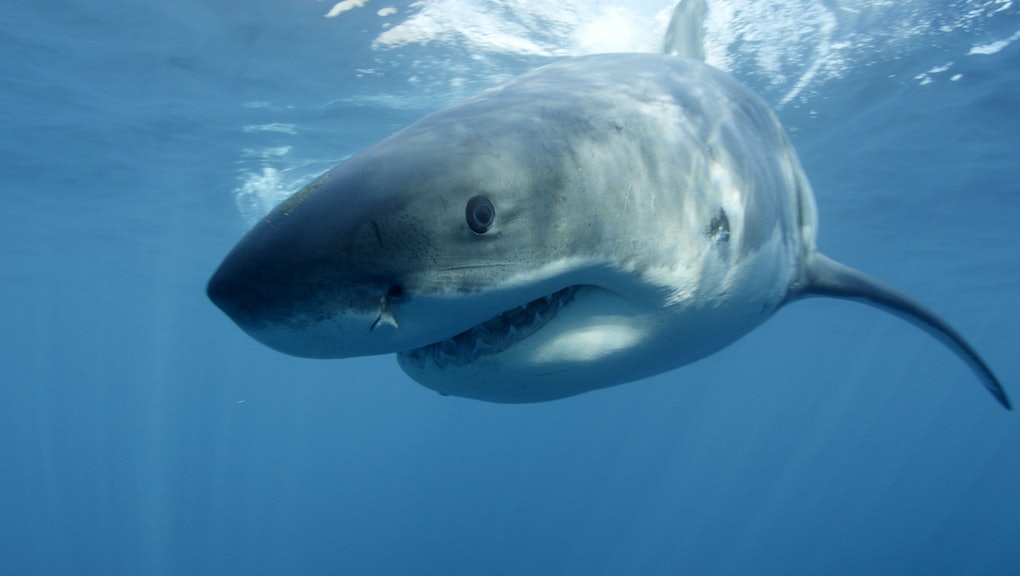 Scientists have attached small transmitters to more than 320 sharks — including the fearsome great white — to monitor their movements along the coastline. When any one of them comes within a kilometer of a swimming beach, a computer system automatically logs the shark's movements and turns the data into a Twitter post on the Surf Life Saving WA feed:

The feed also posts general beach safety and shark-related tweets such as:

"You might not have got some of that information until the following day in which case the hazard has long gone and the information might not be relevant.

Now it's instant information and really people don't have an excuse to say we're not getting the information, it's about whether you are searching for it and finding it."

The background: While protecting swimmers from sharks (and vice-versa) has long been on Australia's priority list, they haven't always used such environmentally-friendly methods. After the death of two surfers in recent weeks (a total of six over the past two years,) Western Australia has announced a plan to deploy and maintain 72 drum lines off popular beaches with the express purpose of destroying sharks over 3 meters that approach humans.

Whoever wins the contract will patrol beaches 7 days a week, 6 a.m. to 6 p.m., and will be expected to respond to additional shark sightings to deploy additional lines.

"I just don't know how the West Australian Government is getting away with what they are doing. We need more legal people to look into this to see how this is legal in this day and age."

"Popular beaches and surf breaks can be protected just as effectively by simply moving sharks alive offshore instead of killing them and then dumping their bodies offshore, which is what the Government proposes to do.

"It would require exactly the same resources but it wouldn't result in killing any sharks, therefore protecting our local ecosystems."

With new projects like the Twitter tracking system, culling sharks seems like a brutal and unnecessary solution to a manageable problem. As news.com.au notes, a variety of mundane objects including cows, Christmas trees, and vending machines are more deadly than sharks (as well as icicles, which kill 100 in Russia every year alone).

Australia's conservationists have vowed to fight the shark-killing measures through direct action like taking down drum lines and blocking shark fishing boats.

"Hooked sharks will be struggling on the line and this will bring other sharks in from outside," said shark expert Hugh Edwards.

"So drum lines are more likely to attract sharks than drive them away."