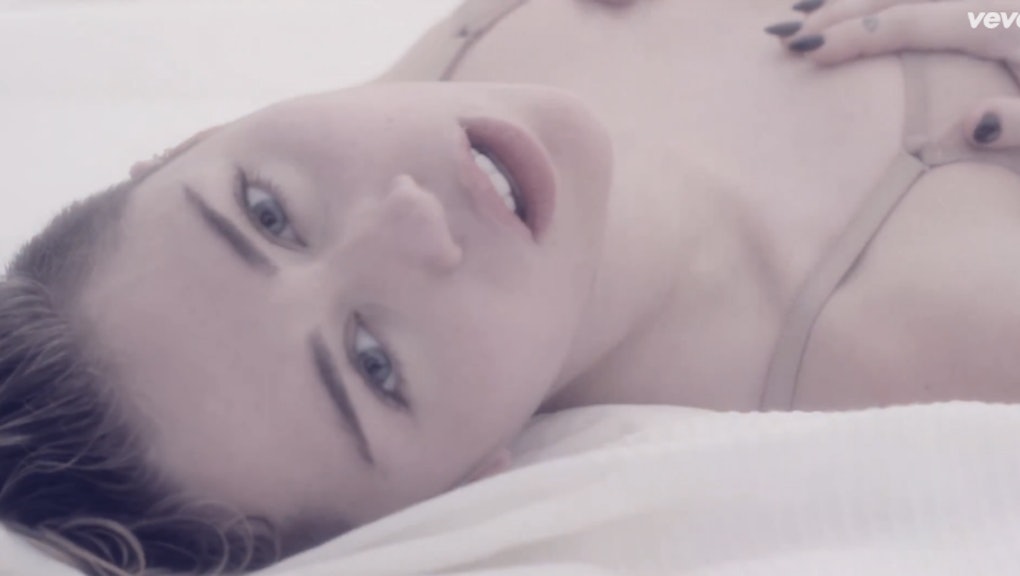 Check it out for yourself:

The video was actually leaked a day early (oh no!), inspiring Cyrus to take to Twitter to express her "outrage."

Based on the evolution of her latest string of videos, it shouldn't be too surprising that Miley decided to go all-out with "Adore You." But the more she pushes the limits of risqué apparel and sexualization, the further she gets from anything resembling actual art. It's not as though she's only doing this to make a statement; she knows that such a "controversial" video will attract more viewers and listeners, thereby increasing her sales and making her more money — in short, sex sells.

But besides the "wow-OMG-LOL" factor of "Adore You," it's not really much of a music video, and I wouldn't be surprised if Miley knew that herself. (Maybe that's why she felt the need to hype the video up herself with a few well-placed Instagram posts.)