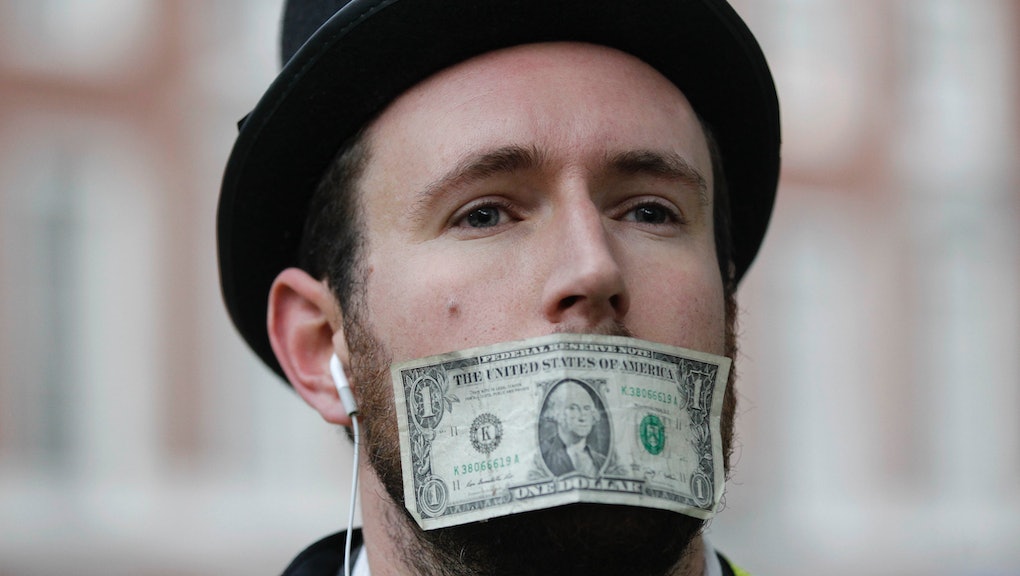 With 1.3 million of the most poor and desperate Americans facing the elimination of their long-term unemployment benefits, we should remember that the people who will meet the fate of our inexcusable political inaction are, unsurprisingly, made up entirely of individuals who lack advocates in Washington to protect their needs. The impoverished, racial minorities and the young form a kind of political indifference trifecta — as a recent report by Demos noted that "lobbying by groups that explicitly advocate for low-wage workers or non-elderly low-income people is so small that it doesn’t even merit its own category in records compiled by the Center for Responsive Politics."

The fact that the unemployment rolls are filled disproportionately with young Americans goes a long way to explaining why our elected officials are so comfortable letting the benefits expire. In even the best of times, the rate of youth unemployment is twice that of the general population. When we face job shortages in America, they affect young people disproportionately, and our current crisis is no exception:

And even when limit our focus to just those Americans caught in the grip of long-term unemployment (15-26 weeks), younger Americans are still disproportionately affected:

In 2012, nearly half of all unemployed Americans were under the age of 35, a cohort of the population represented by just seven members of the House of Representatives, or 1.6%. Of course, Americans aren't eligible to be elected before the age of 25, but even if we include the next age group, the numbers don't get much better: while 67% of unemployed Americans are between the ages of 16-44, that same group is represented by a paltry 61 House members, or 14%.

Obviously, there are other factors that contribute to our Congress's criminal indifference to this issue. Black people face unemployment rates similar to those faced by young Americans (16%), and young black Americans are caught within the perfect storm of demographic disadvantage: 43% of black teens are unemployed, with those aged 20-24 hardly faring better — more than a quarter just can't find work.

Meanwhile, almost half of all congresspersons are millionaires (according to recent research by Politifact). Is anyone really surprised that our elected officials won't even feign concern for the needs of the long-term unemployed? In Demos, political scientist Martin Gilens highlights recent research he's conducted which seeks to measure the responsiveness of our political officials to the needs of their constituents:

By comparing the policy preferences of different income groups with actual policy outcomes, [Martin Gilens] was able to determine how much influence different groups have had over policy. Gilens writes of his findings: "The American government does respond to the public’s preferences, but that responsiveness is strongly tilted toward the most affluent citizens. Indeed, under most circumstances, the preferences of the vast majority of Americans appear to have essentially no impact on which policies the government does or doesn’t adopt."

Much the same could be said about our politicians' indifference to the millennial generation, a demographic that's disproportionately poor, almost entirely unrepresented in Washington, and all too frequently lambasted in the mainstream press.