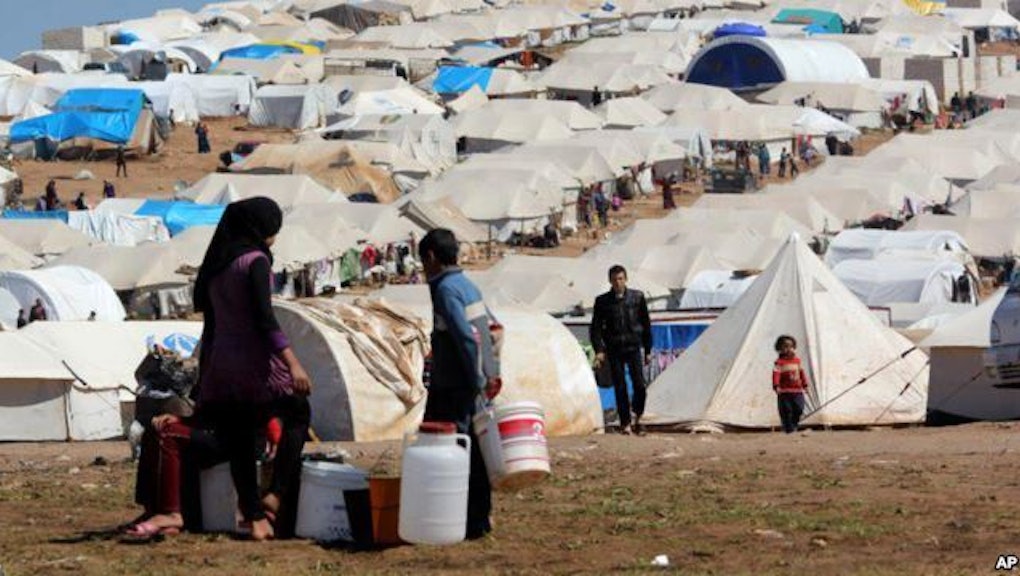 The year 2013 was huge year for human rights. With Edward Snowden, the death of DOMA, and the ongoing atrocities of the Syrian Civil War, we have seen a few leaps forward, but a few steps back as well.

Here are five human rights battles to keep on your radar as we enter 2014:

With the civil war still raging in Syria, the security and well-being of Syrian refugees remain a huge human rights issue. More than 2.5 million Syrians have fled their homes since the outbreak of the civil war to places all over the world, including Jordan, Eastern Turkey, and other EU countries. The United Nations recently launched a $6.5 billion appeal for humanitarian aid — the largest-ever campaign launched for a single country in UN history — and that the majority of this aid would be for Syrian refugees in neighboring countries shows the importance of the issue.

The upcoming Winter Olympics will bring to light to the many tensions within and outside Russia.

In a strong message of opposition against the Russian ban on the LGBT community, Obama and Biden have refused to attend the entire event. French President François Hollande and U.K. Prime Minister David Cameron will not attend the opening ceremony. There has already been international tension as the Sochi organizing committee said they were "not really concerned about it," and Putin's amnesty of political prisoner Mikhail Khodorkovsky is seen as a demonstration that "he's in control and not running scared," according to director of the Wilson Center Kennan Institute, Matthew Rojansky.

The tens of thousands of migrant workers constructing the Olympics venues also face human rights abuses. According to Human Rights Watch, some work 12-hour shifts with one day off per month, are being cheated of wages, denied legal employment contracts, and face unsanitary work conditions, among other exploitations.

While we remain hopeful yet wary of the truce between the government and rebels in South Sudan, we must remember the horrors of the religious warfare in the Central African Republic. The "mass atrocities," according to UN Secretary General Ban Ki-moon, continue and the death toll climbs daily. The intervention of international powers is necessary to stop the violence.

As there is increasing crime among EU countries due to migration from less economically developed states, some EU members have launched a so-called "war on immigration." David Cameron has called for a crackdown on EU immigration, and the British public supports him. This will, however, be a difficult issue for the EU to deal with. In October, Hollande faced severe criticism within his government and the public for attempting to curb illegal immigration by deporting a Roma family, who settled in France illegally.

In 2013, Snowden revealed the surveillance practices of the National Security Agency. In 2014, we will deal with the consequences. Digital corporations will have to decide how to will monitor data in the future. Yahoo recently announced it would shield customers from data collection by the NSA by encrypting emails with a 2048-bit key. In December, Ikea executives in France were caught spying on its employees, which reminded us that surveillance is a controversial issue and must be dealt with immediately.