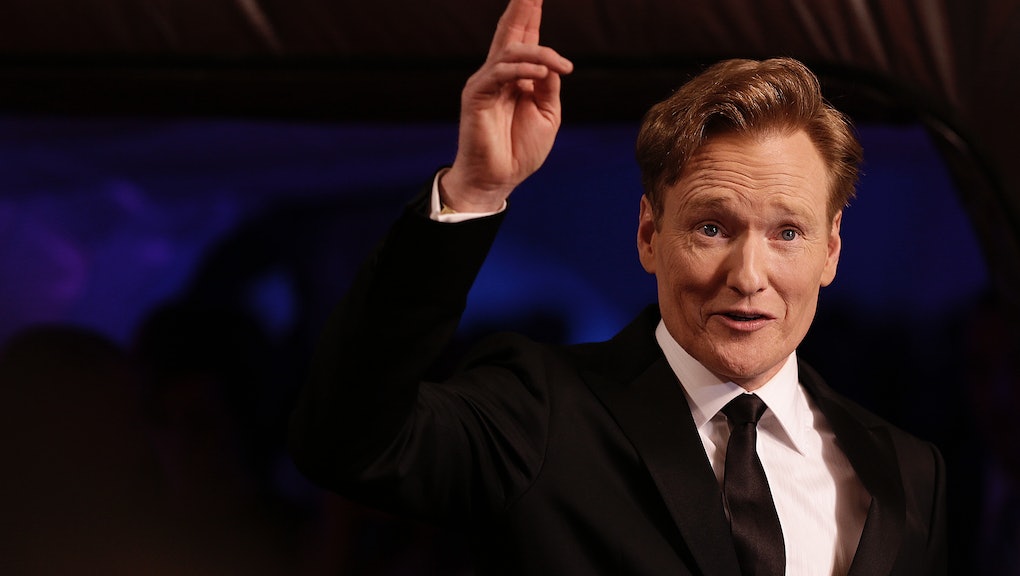 The year 2013 has busy year for TV news stations. With attention-grabbing stories such as the Boston Marathon bombing, the striking down of DOMA by the Supreme Court, and the NSA controversy, it seems that local newscasters have more than enough material to report on. But as Conan O'Brien reveals, TV stations are broadcasting identical stories, word for word without even putting their own spin on it (and no, the stories aren't particularly important).

This is not the first time that Conan has called out local news anchors for reading the same script. Last year, he showed TV stations around the country all asking the same important question, "Is it time for dogs to have a social network of their own?" A year before that, he revealed that local news anchors were at a lost for words (and creativity) when reporting his decision to officiate a same-sex wedding.

So how exactly does this happen? And why?

The truth is, your "local" newscast isn't always so local. Some stories are not even produced by your local TV station.

Turn on any of your local news stations and you will realize that most if not all of them are affiliated with a national news network (e.g. ABC, CBS, NBC, and CNN). Often, a story is produced by the national news-gathering service, such as ABC NewsOne or CNN Newsource, and distributed to affiliated stations around the country. Local stations receive a one-size-fits-all package containing footage and a complementary script. They then "localize" the story by reading the canned script, creating the effect seen in Conan's videos. Since TV newscasts typically run affiliate material without identifying the source, viewers often do not realize that what they are watching was produced elsewhere.

As unprofessional as this may seem, using prepackaged news makes sense in this economy. Producing local stories requires manpower and resources, but it is difficult to do so for many local news stations as they have cut staff in the past few years.