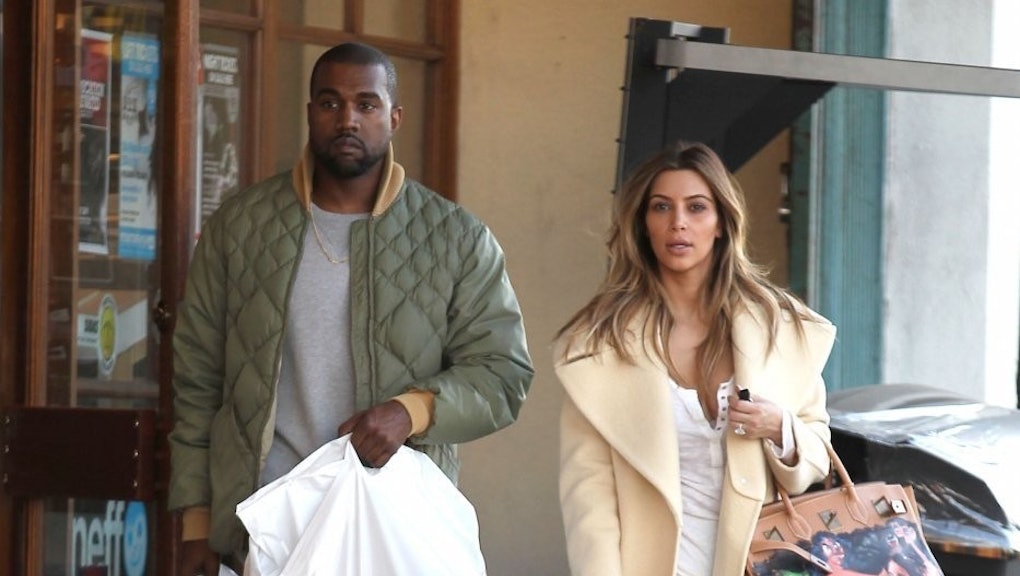 Looking back at the year that was 2013, there was a slew of unforgettable moments: Jennifer Lawrence's endearing trip at the Oscars, Peyton Manning's incredible regular season, Breaking Bad's riveting conclusion, and Miley Cyrus' incessant campaign to make sure we know that, HEY, SHE LIKES SEX, TOO.

But here are some other WTF moments from 2013 that you might have missed:

During their Oscars coverage in February, satirical news outlet the Onion tweeted the following about the 9-year-old best actress nominee, Quvenzhané Wallis:

This caused a storm of public outrage — some disgusted by the remark, and others defending it as an example of irony and satire. The result? The Onion deleted the tweet and issued a rare apology, but because of the countless times the tweet has been reproduced and discussed online, the odds of Quvenzhané finding out someday are pretty strong. Hopefully she'll see it as an odd form of flattery.

Back in March, TMZ incorrectly reported that Lil Wayne was being read his last rites and maybe even crying real tears instead of those fake teardrops he has tattooed on his face. And just last week, Facebook and Twitter went crazy with another death report after an RIP video tribute to Weezy went viral.

Oh, wait, this is TMZ and 140-character news. Why is anyone surprised? I'd be more surprised if TMZ had a genuine fact-checking standard than if Lil Wayne rose from the dead, twice. The real story here is that journalism died this year. Nevertheless, there's nothing like a good death hoax to see how devastated people would be if you died. It's like attending your own funeral via Twitter.

Then again, if you find yourself the victim of multiple death hoaxes, you do have to wonder: Does society want me dead?

Maybe it's because she's pretty, thin, really successful, and has very white teeth. Or maybe it's because she says things like, "Thank you very much for this lovely blunt object that I will forevermore use as a weapon against self doubt," in award acceptance speeches.

Whether it's due to extreme jealousy or the nagging feeling that she is a disingenuous diva — or both ‚ Anne Hathaway has built herself an army of haters, aptly named Hathahaters. Though not yet added to the Oxford English Dictionary (see below), the group gained extra traction earlier this spring after James Franco did little to defend his former Oscars co-host when asked in a Howard Stern interview about the prevailing negative public opinion of her.

Most recently in Hathahater news, Anne was spotted leaving a bag of her dog's poop on a creeping paparazzo's car in her neighborhood. The most shocking part of this story for most people will be the revelation that Anne picks up her dog's poop. As of now, it's unclear how this move will affect the number of Hathahaters. Stay tuned.

This inexplicable dessert hybrid — the love child of a croissant and a donut — became all the rage when it was introduced in May. The NYC-based treat spawned numerous knock-offs around the country, including the awkwardly-named-but-no-less-delicious doughssant. And yes, there are versions available with bacon. Come on, people, this is AMERICA. The only thing more American than bacon is a flag wrapped in bacon-wrapped bacon that's somehow holding the Bible and reciting the Second Amendment.

In unrelated news, diabetes and obesity rates continued to increase this year.

In July, comScore reported that Yahoo had nearly 197 million unique visitors in the U.S. compared to Google's 192 million.

This was shocking. But it's true, guys. I Googled to confirm. It was awkward.

6. "Twerk" and "dad dancing" were added to Oxford English Dictionary.

In this case, the "w" in "WTF" might be "why the fuck?" Here's why: because it is our duty to officially record the ever-evolving nature of our beautiful language.

So now when you look up "twerk" in the dictionary, you can see its full definition — twerk (v.) to dance to popular music in a sexually provocative manner involving thrusting hip movements and a low, squatting stance — as well as its part of speech and origin (late 20th century?). And surely listed as one of its antonyms is dad dancing (n.) awkward or unfashionable dancing to pop music, as characteristically performed by middle-aged or older men. Now you can finally articulate the embarrassment you will inevitably feel at your cousin's wedding reception!

Other additions include "selfie, "phlabet," and "srsly."

What do you get the woman who has essentially everything? The one thing she doesn't have because, probably, no one wants it: a hideous one-of-a-kind Birkin bag with a naked woman bitch-slapping a tubby topless chick while a Picasso rip-off and a green-faced creature look on in anger or arousal. Possibly both.

If I'm one of the Bling Ring girls and we go to Kim K's house, I'm leaving this bag behind. (I am, however, taking her cellulite cream, 'cause that shit must be MAGIC.) Now, I've only taken one art history class, but surely the general consensus is that this bag looks like something the police would find in a serial killer's home — like something that the killer made out of his victims' skin.

Your reaction to this bag is most likely the same as your reaction to Kim, Kanye, and their child's name, North: "I don't get it." Then again, Kanye is a genius/prophet/Messiah of the same ilk as Steve Jobs and Jesus, so maybe we should just take his word for it that this bag is legit. You be the judge. Just remember that Yeezus and Jesus will ultimately judge all of us.

Here's a timeline of what we know:

- LaBeouf issues several tweets in apology, including, "Copying isn't particularly creative work. Being inspired by someone else's idea to produce something new and different IS creative work. In my excitement and naiveté as an amateur filmmaker, I got lost in the creative process and neglected to follow proper accreditation."

- It is revealed that LaBeouf copied at least the initial part of this apology from a four year-old Yahoo! Answers response written by a user named Lili. That's bad, I suppose, but it's nice to know celebs also Google the big questions like, "How do I know if he likes me?" "Which Kardashian is the tall one?" and "What is plagiarism?"

- It's revealed that this apology was borrowed from Tiger Woods' official statement, which appeared on his website following his sex scandal.

- Well, this apology also felt wrong, mostly because I don't lie awake at night worrying about how I'll explain Shia LaBeouf's plagiarism to my future children. And as it turns out, this phrase was lifted from Robert McNamara's autobiography about the Vietnam War.

- It's reported that this apology was taken from (ironically, another alleged stealer) Facebook CEO & founder Mark Zuckerberg.

- This was apparently borrowed from the late Jade Goody's apology after she was accused of racism on Celebrity Big Brother. So LaBeouf is pulling from every corner now, even obscure British reality stars.

- LaBeouf apologizes again on Twitter (this is his most recent at the time this was written):

- But we also recall that earlier this year, in February, LaBeouf plagiarized an apology to Alec Baldwin.

This story has become so weird that, at this point, there seem to be only three possibilities: 1) LaBeouf doesn't give a shit; 2) we've finally reached the point where the Internet has too many words, and so we're all accidentally plagiarizing each other all the time, and this was just some crazy coincidence; or 3) LaBeouf simply doesn't know what the words "plagiarism" and "sorry" mean. Happens to the best of us: