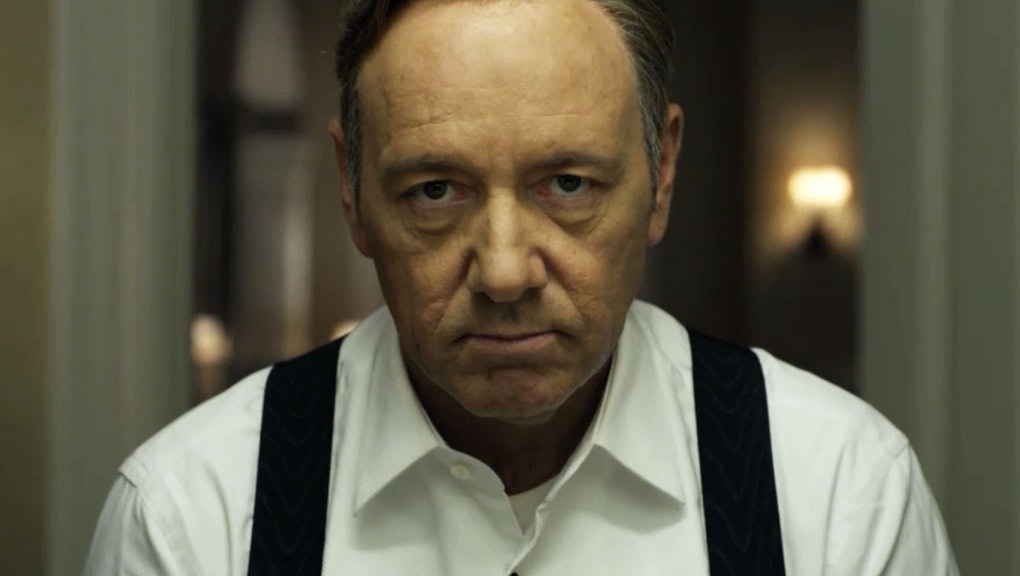 What does President Obama do when he isn't winning Nobel Peace Prizes, defending the Affordable Care Act, or attempting to coordinate the rescue Americans trapped in South Sudan from the increasing violence in the region? What everyone else does — he watches TV. Ever serious and brooding, you won't find Millionaire Watchmaker on the president's DVR. In fact, he has said several times that his favorite show ever is The Wire. The New York Times, while trying not to psychoanalyze the president based in his television preferences, characterizes his taste as "anything edgy with hints of reality." The president is just like us! Without further ado, here is the complete list of the current president's guilty viewing pleasures — as culled by the New York Times.

Although the show's final season aired earlier this year, the president is apparently behind and is still working his way through the show's epic five seasons.

The Netflix hit about a corrupt and gridlocked Washington, D.C. must resonate with the president — he recently inquired about getting an advanced copy of the show's second season. The political drama has been enormously successful both in terms of reviews and viewership. Obama was even invited to do a cameo on the show.

Homeland seems like an interesting choice for a sitting president. Many of the show's themes — nuclear Iran, terrorism, an agency spying on its own citizens and operating outside the strict confines of the law — are eerily similar to this year's top news stories. Perhaps the show offers Obama some catharsis?

Another cheery classic for Obama. George R.R. Martin, the author of the books on which the show is based, is notorious for his penchant to kill off beloved characters on a whim, devastating his most loyal fans.

Boardwalk Empire, set in prohibition-era Atlantic City, has been mentioned by the president on several occasions. While The Wire may be his favorite show of all time, this period drama is definitely on his watchlist.

The British period drama created by Julian Fellows, centered around the lives of the aristocratic Crawley family and their servants in post-Edwardian England, has been met with critical acclaim worldwide. Obama is also a fan.

When the Obama clan sits down and watches something as a family, they prefer funnier and more light-hearted shows, understandably. Sasha and Malia are huge fans of Modern Family, the ABC hit about three related families. While there has been speculation that Michelle Obama named the TV show as one of her favorites for political reasons, the president and the first lady have expressed their appreciation for the well-written scripts many times.

Another light-hearted and family-friendly pick. Amy Poehler's hilarious TV show, now in its sixth season and still going strong, rounds off the list of Obama's favorite TV shows. The president even told Aziz Ansari that his daughter Malia was a huge fan.