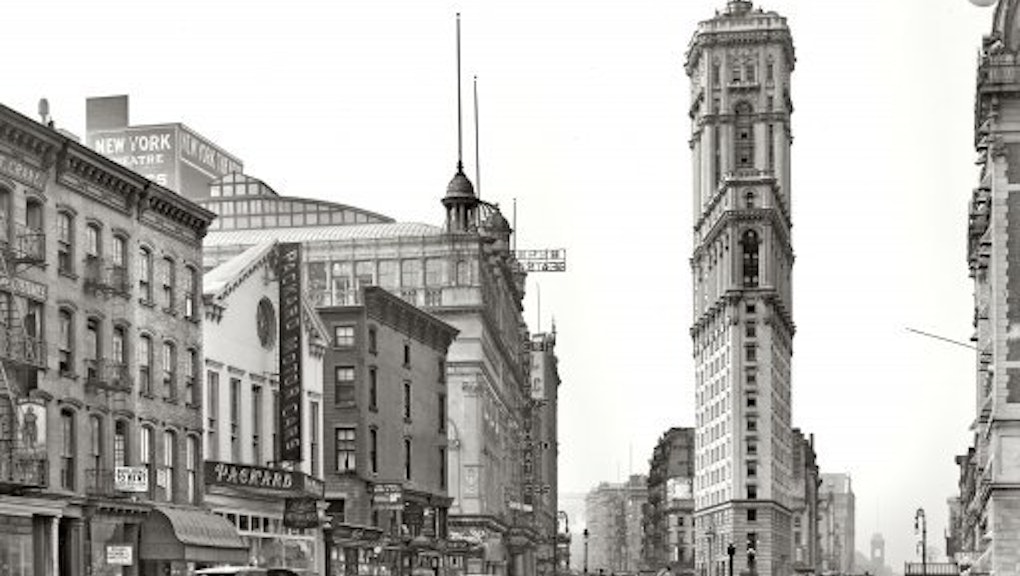 This Is What Times Square Looked Like Back in 1904

On New Year's Eve one billion people will see (in some form) the ball drop in Times Square. Miley Cyrus will be there, Ryan Seacrest will too, and people across the country will have their TVs on when the clock strikes midnight. The Times Square spectacle is an annual tradition and while it has exploded in size, its roots stay pretty true to what the event looked like 100 years ago.

1904 was the first year that New Year's Eve was officially celebrated in Times Square, and 100,000 people were in attendance. Prior to that, ringing in the New Year happened downtown at New York's Trinity Church near Wall Street. The move uptown, was motivated by the city's local newspaper.

The first Times Square New Year's Eve bash was thrown to promote the New York Times' new Times Square headquarters; the square was called Longacre Square before the Times made it their home.

The picture above gives a good glimpse of what Times Square would have looked like in 1904. Quite a bit different than what it looks like today:

As for the ball dropping, that first happened a few years later in 1907 after New Years revelers were sick of the burning ash from fireworks raining down on them. The video below gives a quick and dirty history of the Times Square New Year's Eve tradition. Just 5-minutes of history homework before a billion people tune in tomorrow night.