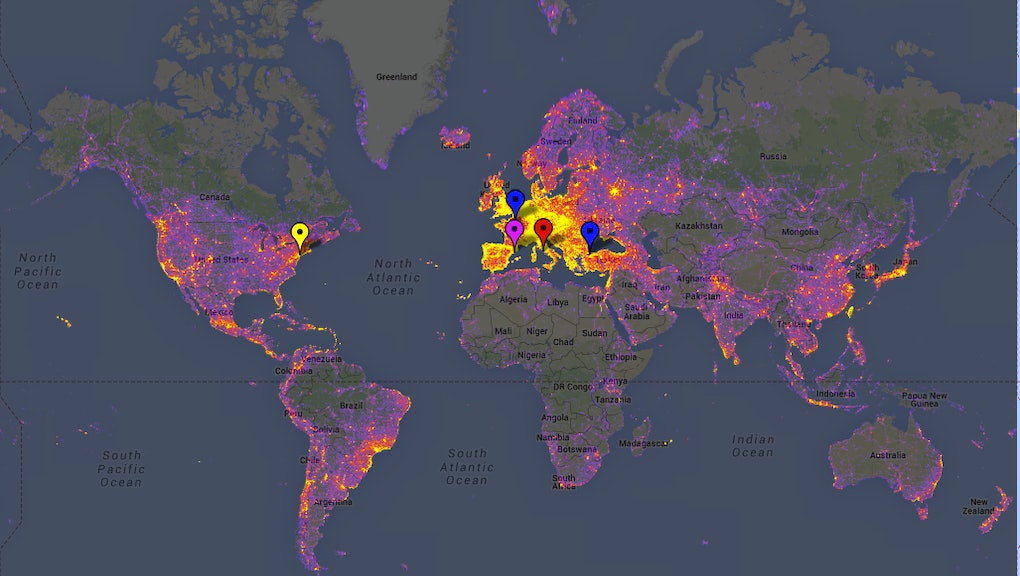 The Most Photographed Places In the World, Mapped

Google has done it again. This time, it has compiled a heat map of the most photographed places in the world. And it's absolutely beautiful:

Look at Europe. Damn. There's some seriously intense photographing going on in that continent. Depending on whether or not you count Turkey, Europe is home to four of the top five most photographed places in the world. Those top five cities are, in order:

Europe has strong representation in the rest of the top 10 as well, with Venice, Florence, Monte Carlo, and Budapest all among the most photographed places in the world. Buenos Aires, in South America, lands in the top 10 as well.

Here are the top areas in the U.S.

How did Google calculate these rankings? It looked at all the photos uploaded to its Panoramio service – which lets users tag their photos on Google Maps – and sorted through the most tagged locations. It's no surprise, then, that the top 10 features some of the best tourist destinations around the world. Of course there's good old NYC at the top. I mean, people just can't help but snap pictures of the Empire State Building and the Statue of Liberty.

Did I mention that Google's map is completely interactive (see below)? You can take a look at the most photographed places around the world, filter by region or type of location, and even check out the Panoramio photos uploaded for each location. Pretty cool.