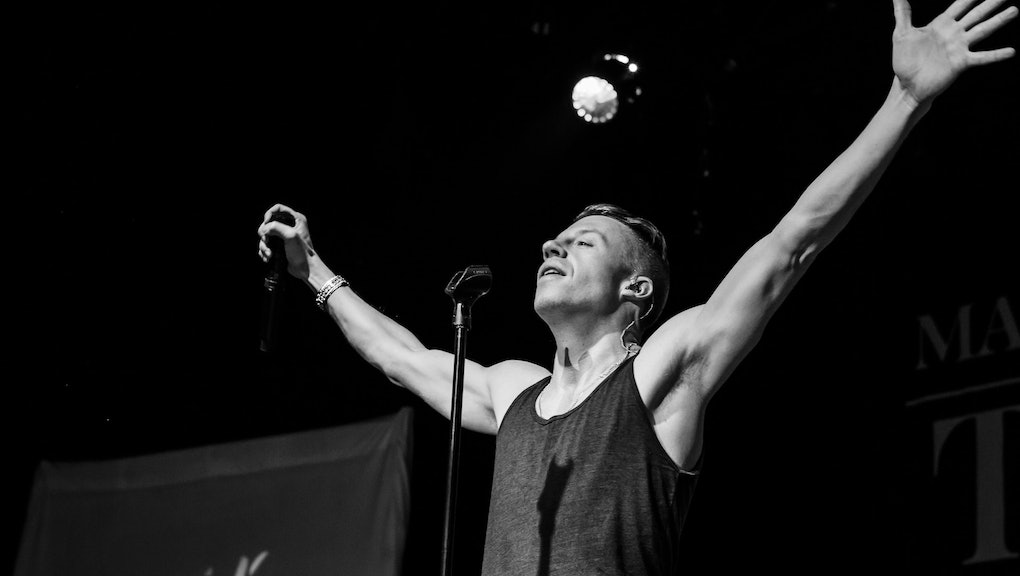 There's something comforting about the fact that, on this first morning of 2014, most of us will still wake up with the horn line from "Thrift Shop" blaring in our heads.

Last night, at New York's "New Year's Rockin' Eve" event in Time's Square, Macklemore & Ryan Lewis played a medley of their first two singles — "Thrift Shop" and "Can't Hold Us," both of which hit number 1 on the Billboard charts this past year.

Though the duo has been performing the songs on increasingly large stages, it does seem like an audience involving both Miley Cyrus and Sonia Sotomayor is as wide-ranging and influential a set of tastemakers as you could ask for going into 2014. Sotomayor, of course, was in Time's Square representing the American government as a whole last night by dropping the ball.

The evening also featured a performance by Miley Cyrus. But there's something oddly timeless about the start of any new year in New York. The last moments of 2013 were an intensely current coda to our old year — a set of performances so timely that you wonder if anyone would understand them in a few decades.

But when the ball drops, "Auld Lang Syne" plays, and then "New York, New York." Even the fact that New York, a city with a pretty definite time zone, can represent the New Year for the entire country is a special kind of timelessness. 2013 may end with Macklemore and Miley Cyrus, but 2014 begins with the same songs as every other year in New York — emerging from whatever cryogenic pod they keep Ryan Seacrest in, unblemished, non-specific, and waiting for something great to happen.