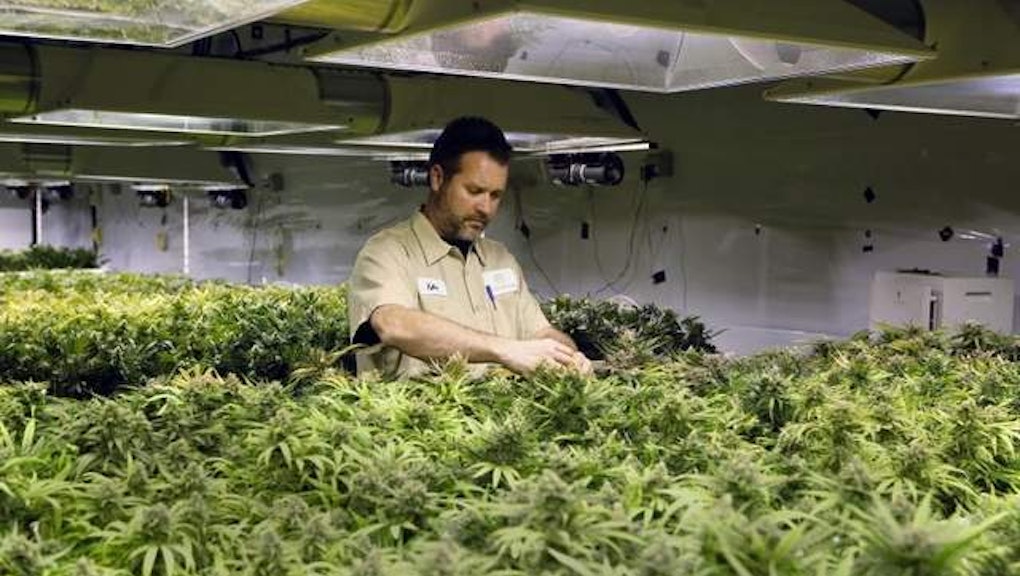 The news: As we ring in a new year, we also ring in 40,000 new laws across the country today. Unlike our Congress, which had fewer than 60 laws make it to the House and Senate and signed by President Barack Obama, last year was actually a productive one for state lawmakers. The total averages down to 800 new laws per state.

In the wake of the Sandy Hook Elementary School shooting in December 2012, Connecticut will now require people who own assault weapons and large-capacity ammunition magazines purchased before April of last year to register them starting today.

Another first for this country: anyone 21 and over in Colorado can now legally purchase marijuana from licensed retailers for recreational use. Officials in Colorado expect that these retailers could ultimately gross $578 million in annual revenues, including $67 million in tax receipts for the state.

The background: Certain guns and ammunition will be considered illegal contraband in Connecticut starting today if the owners failed to turn in applications for them. The law was passed earlier this year in hopes to get dangerous weapons out of the hands of people who, in actuality, shouldn’t be allowed to have them. The law will also expand which guns could be considered assault weapons, and it bans sales and purchases of magazines which hold more than 10 rounds of ammunition.

Colorado’s acceptance of marijuana dates back to 2012, when Colorado voters approved of selling it legally for recreational use. The same occurred in Washington, but Colorado has moved one step further by allowing licensed cannabis retailers to operate under state and local government regulations.

The takeaway: No one knows for sure what will come of these new laws. Be that as it may, it’s a no-brainer that marijuana retailers in Colorado are in for an incredibly prosperous year. Some believe that tourism will grow substantially in Colorado thanks to the new law, and state authorities expect as much as 30% of the first year's marijuana revenue to come from visitors from other states.

California Governor Jerry Brown said that “the minimum wage has not kept pace with rising costs,” and “this legislation is overdue and will help families that are struggling in this harsh economy.” Who knows, maybe we’ll see a crazy day in the future when Walmart employees can afford to shop at places other than Walmart, and people who work at McDonald’s can afford to eat at places other than McDonald’s.

Let us not forget, we live in a country that loves its guns. The gun-loving Connecticut Citizens Defense League of course is challenging the new gun control law as unconstitutional, and they’ve estimated that about 20,000 weapons may be affected. This is likely not the final say on gun control in Connecticut.