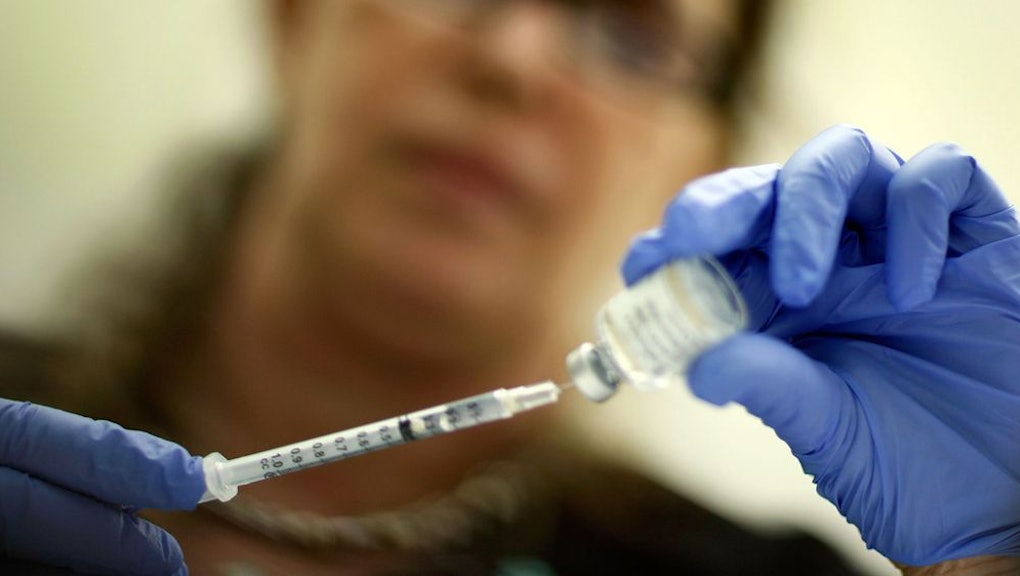 Finnish company FIT Biotech might have just developed an extremely effective treatment for HIV, a vaccine designed to "lower the viral load of current HIV patients."

According to Finnish news outlet Yle Uutiset, FIT Biotech's treatment might have the ability to stop the HIV infection from progressing dead in its tracks, or even help patients rid their bodies of the infection completely. CEO Kalevi Reijonen says that the company is collaborating with two European universities and American pharmaceutical companies to conduct an ongoing study to test the vaccine. The research will last two to three years starting in spring 2014, and involve 1,000 patients throughout Switzerland and France. The first phase will involve hundreds of HIV sufferers.

According to Reijonen, the treatment is revolutionary. If testing is successful, "... applications will be made to the FDA in the USA and the EMA in Europe to authorise the marketing of the drug. Dealing with the regulations may take a year and a half. So we're still looking at about five years before the drug would become available."

Designed to use in combination with AIDS medication, FIT Biotech says that the medical treatment of a vaccinated HIV sufferer in the developed world could cost 90% less.

The science: It all sounds very promising in theory, but FIT Biotech has yet to prove the efficacy of its proposed treatment. Basically, it's a DNA vaccine that encodes HIV or SIV (the simian equivalent of the virus) proteins, allowing the patient to produce T-cells specifically designed to fight HIV. FIT Biotech's patented "Gene Transport Unit" (GTU) technology safely introduces new genes into the body, apparently with few side effects.

Vaccinated macaques in a prior study showed signs of significantly better immune response:

Coupled with existing retroviral drug treatments, the medication could theoretically help the body reduce HIV levels to very low amounts, halting symptoms or transmission of the virus, or even reducing it to undetectable levels (think Magic Johnson).

In the best-case scenario, the vaccine could essentially make HIV infections asymptomatic in combination with retroviral drugs, with remission still a risk without continued treatment. Reijonen says that a preventative HIV vaccine based on the treatment could be a decade away.

But FIT Biotech still hasn't proven its treatment will work in humans, meaning that the upcoming trials will be the real benchmark.

So is this a cure for HIV? Not yet, but there's good reason to be optimistic. Other researchers like Dr. Louis J. Picker have been making similar strides in research into an HIV vaccine, increasing hopes that at least one of these new technologies will pan out.