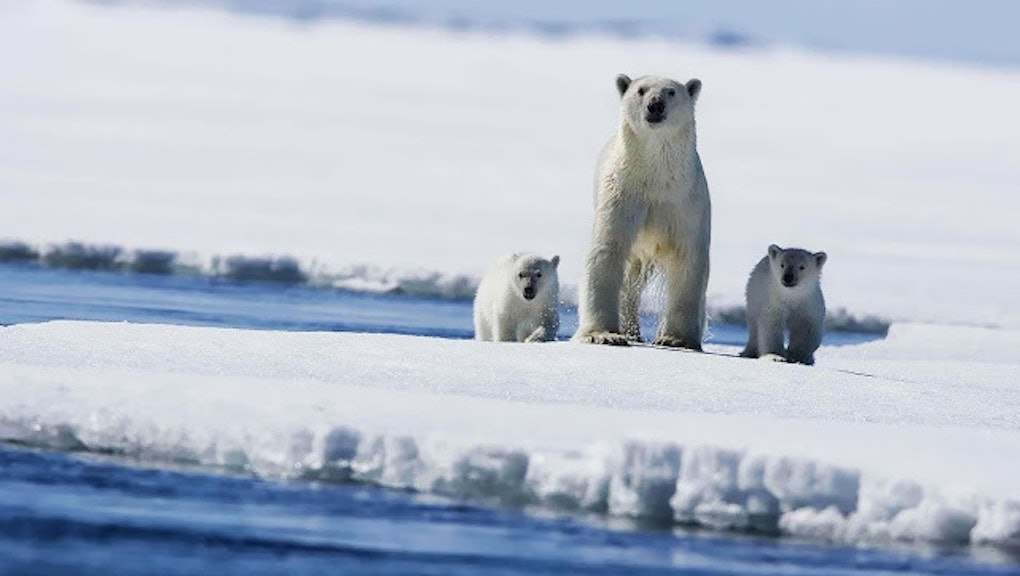 This Planet is About To Get A Lot Toastier, and It's Going To Be Bad For Everyone

According to a recent study published in the journal Nature, Earth's temperature will have risen by about four degrees Celsius (7.2 degrees Fahrenheit) by the year 2100. An increase in temperature of this magnitude will bring catastrophic effects and pose serious challenges to humanity.

The study found that fewer sunlight-reflecting clouds are formed as the Earth becomes warmer, which increases temperatures in an upward spiral. The estimated rise in temperature is more than double the threshold for dangerous warming as prescribed by numerous governments. Lead scientist, Steven Sherwood, told the Guardian, "4C would likely be catastrophic rather than simply dangerous." Sherwood noted that the rise in temperature "would make life difficult, if not impossible, in much of the tropics, and would guarantee the eventual melting of the Greenland ice sheet and some of the Antarctic ice sheet." Global warming is a serious problem and there is evidence to prove it.

The increasing rate at which the polar ice caps are melting could be the most obvious proof that our planet is getting warmer. The time-lapse video below provides satellite views of sea ice covering the Arctic Ocean over a 30-year period, and the visual is alarming.

According to NASA, the Arctic sea ice reached its maximum wintertime extent on Feb. 28, 2013, and was the fifth lowest maximum on record. The new winter maximum of 5.82 million square miles is in line with a declining trend in sea ice extent. Satellite data shows an overall downward trend of 2.1% per decade of the wintertime maximum since November 1978, with the decline beginning to accelerate after 2004. Joey Comiso, a senior scientist at the NASA Goddard Space Flight Center, argues that increasing greenhouse gases are responsible for the wintertime decline in sea ice covering.

Despite the clear, scientific evidence that sea ice is diminishing, the threat of global warming remains an inconsequential issue to most Americans. In fact, polls and surveys show that many Americans do not view global warming as a serious threat. According to a Gallup poll from April 2013, 64% of Americans believe that global warming will not pose a threat to them in their lifetime. As seen in the chart below, little has changed in public perception over the past 15 years.

Last week, many cities across the United States experienced record-low temperatures, which triggered a slew of misled reports claiming that the recent cold weather disproves global warming. The misconception that individual weather and climate events are reliable indicators of global warming must be set right. In reality, researchers and scientists rely on long-term weather patterns to substantiate climate change. The danger of this misunderstanding is that it could likely "hamper the mass global action needed to prevent the coming effects of a warming globe."

In addition to melting polar ice caps, climate change is impacting our natural landscapes, placing wildlife at risk and creating the environment for stronger storms and hurricanes. Unsurprisingly, climate change also presents health risks and affects the spread of infectious diseases across the globe. According to researchers, the muskox, an Arctic mammal, is already experiencing higher mortality rates due to an infectious disease whose spread has been linked to climate change. Insect-borne diseases — the West Nile virus, Heartland fever, Lyme disease, malaria and cholera, among others — are also a growing concern as our planet becomes warmer.

Climate change remains a threat to everyone on the planet, but it could especially impact impoverished countries in the developing world. A leaked version of a forthcoming report by the Intergovernmental Panel on Climate Change (IPCC) revealed that the inevitable ramifications of climate change "will slow down economic growth and poverty reduction, further erode food security and trigger new poverty traps, the latter particularly in urban areas and emerging hotspots of hunger." The report claims that "climate change will exacerbate poverty in low- and lower-middle income countries and create new poverty pockets in upper-middle to high-income countries with increasing inequality."

The IPCC report highlights several "key risks" including death due to flooding, famine caused by temperature and rain changes, economic losses for farmers due to water scarcity, infrastructure failures as a result of extreme weather and more dangerous and deadly heat waves. The fourth part of the IPCC report is expected to be completed by October 2014.