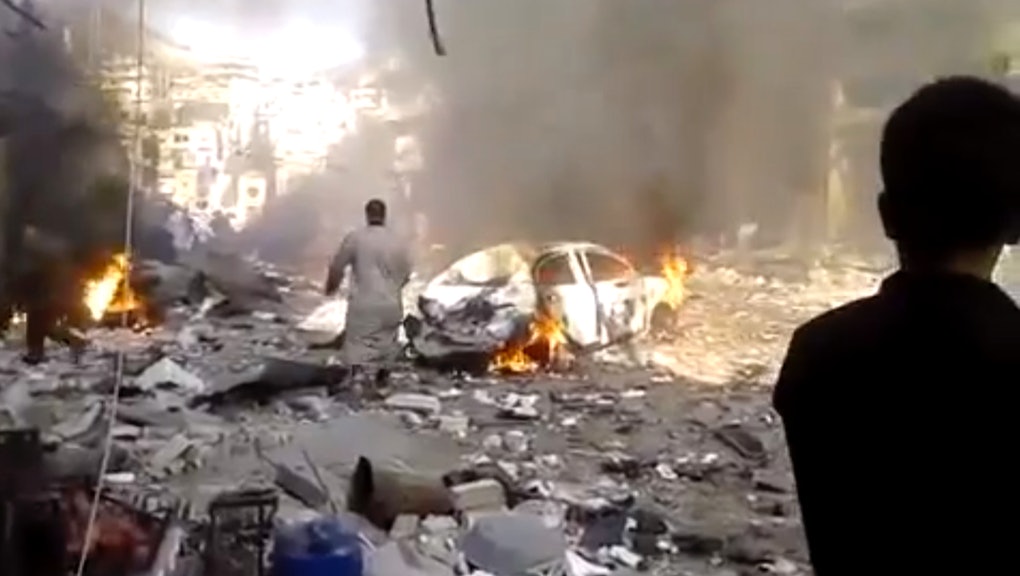 The 10 Most Deadly Countries For Journalists

It's been a deadly year for journalists. According to New-York based Committe to Protect Journalists, at least 70 journalists were killed this past year.

Some of the highest-ranking countries saw immense political turmoil in 2013. Syria topped the list as at least 28 journalists were killed within its borders. According to the UN, the death toll from the conflict has surpassed 100,000.

Remarkably, Mexico was absent from the CPJ's list as it reported no work-related journalist deaths for the first time in a decade.

The annual list sheds a necessary light on the repercussions journalists face for reporting on sensitive political issues.

In 2013, the fatal violence and longstanding conflict in Syria claimed the lives of at least 28 journalists, decidedly making it the most dangerous reporting zone. Many of those killed in Syria were working to document combat in their home cities. Others were broadcasters working with Syrian media outlets affiliated with either the government or the rebels. A smaller number were foreign media correspondents. This number, however, doesn't include journalists who were kidnapped, which, according to CPJ, stands at around 60 this year.

As sectarian attacks and fatal violence in the country increased significantly, at least 10 journalists were killed in Iraq ian 2013. Of the 10, nine have been confirmed as murders, and all occured in the last quarter of the year.

As political instability and street violence increased in Egypt, matters significantly deteriorated for journalists there, resulting in six journalist deaths in 2013. Three were killed in one day, August 14, while they were covering raids on demonstrating Morsi and Muslim Brotherhood supporters by the Egyptian security forces . The number of deaths in Egypt in 2013 was a sharp increase from the previous year when the country had only one journalist death.

Five journalists were killed in Pakistan in 2013, which is the lowest number of journalist deaths the country has seen since 2010 when eight died. While most victims in Pakistan were previously singled out for murder, this year, four of the five deaths were caused by bomb blasts, and only one was a murder.

Three journalists were killed in India in 2013, which is a slight increase from 2012 when two were killed. So far, no arrests have been made for any of the killings.

As three journalists were killed in Brazil in 2013, the country stands out on the list as perhaps the most stable democracy where numerous journalistswere killed on the job. All three of the victims were provincial journalists were murdered for their workreporting local crime and corruption.

With three journalist deaths in 2013, the Philippines saw the highest number of journalist killings in four years. The CPJ is investigating the motive behind another six murders, which if confirmed could place the country even higher on the list.

Two journalists were killed in Russia in 2013, including Akhmednabi Akhmednabiyev whose murder made headlines and led to accusations that Russian authorities gave the attackers impunity which, in turn, inspired new attacks.

For the first time since CPJ began keeping records in 1992, Mali saw its first journalist deaths last year. Two journalists, Ghislaine Dupont and Claude Verlon, were kidnapped and killed in the same incident after finishing an interview with a Tuareg separatist leader.