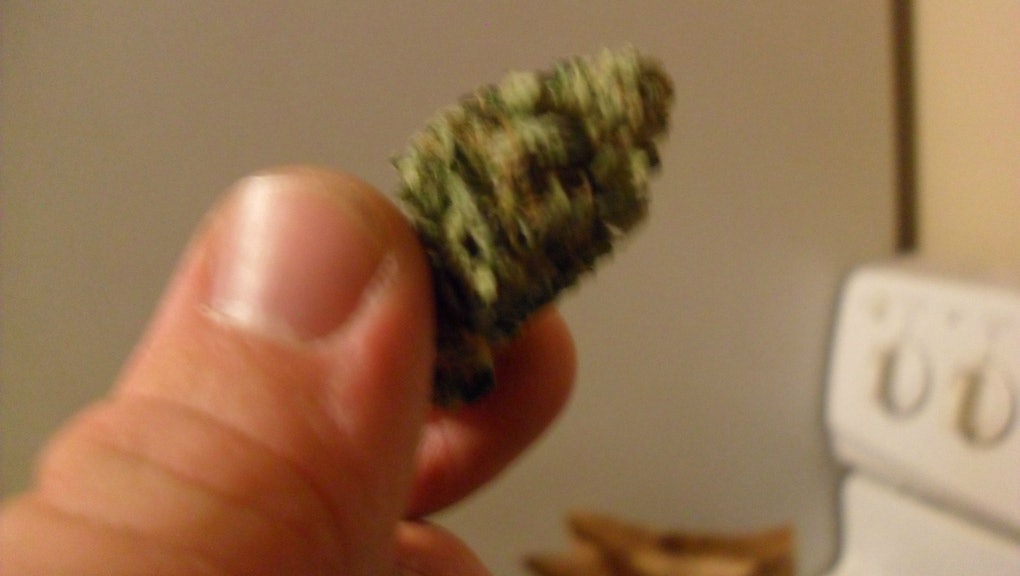 What You Get When You Purchase Legal Weed in Colorado

What happens when you buy pot in Denver?

With recreational marijuana now fully legal in Colorado as of Jan. 1, you might be wondering what exactly the process looks like. Redditor 007pizzaman has the answer, giving us an inside look at what exactly you get with your legal weed in the Centennial State.

Images courtesy of 007pizzaman below.

1. Much like a can of beer in New York City, your purchase comes in a  brown paper bag.

2. Inside, you'll find your purchase — in this case, 2.01g of a strain called "Sour Diesel" in a sealed container, as well as a card outlining the laws concerning recreational marijuana in Colorado.

3. Here's the short list provided by retailers (same info is found on the rear in Spanish):

Colorado police are rapidly preparing to find ways to target drivers who may be operating their vehicles under the influence of marijuana. According to state trooper Josh Lewis, such investigations typically begin with a roadside sobriety test.

"Can somebody essentially do two things at once," said Lewis. "Can they count out loud and walk a line? We know in driving you're going to be required to do more than one thing at any given time."

If the officer suspects that someone is driving while high, they have two recourses.

"For marijuana there is no breath test. It's a blood test or a refusal ... You're going to lose your license longer by refusing."

The blood test is designed specifically to determine how high someone is at the moment, following concerns that a urine test would flag how much marijuana someone had smoked in the preceding days or weeks. Redditor and former DUI/DWI prosecutor VerticalNystagmus explains the process by which an officer could force a suspect to submit to a blood test; non-accident DUIs would require a warrant to administer the more intrusive blood test.

Colorado does not have a felony DUI charge, so a person caught driving under the influence of marijuana for the first time would likely receive 5 days to one year jail time (depending on the severity of the offense, or annulled completely if substituted for a treatment program), a $600-1,000 fine, 9 months of license suspension, 12 points on their license, and/or 48-96 hours of community service.

However, it's unclear whether the blood test accurately measures intoxication. Westword pot reporter William Breathes waited 15 hours on top of and a night of sleep after smoking weed and still tested nearly three times higher than the proposed legal limit, despite not being impaired.

5. As well as a cigarette-style health warning advising pregnant women and machinery operators to avoid consuming the product:

6. It's sealed with a zip tie to ensure the contents remain secure and fresh until the user decides to open the container.

7. The moment of anticipation:

9. Here's what the end of society looks like, according to your conservative relatives: