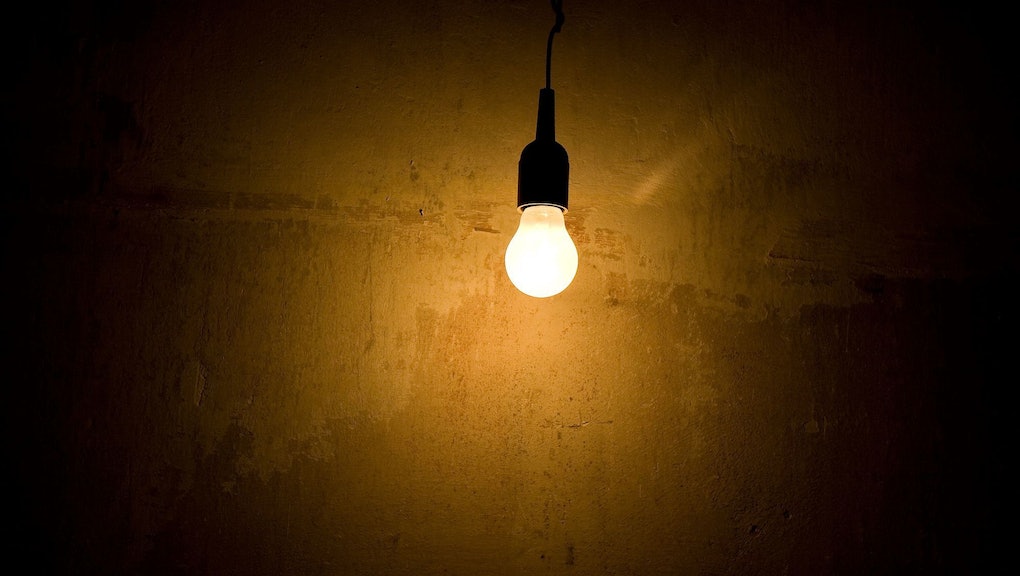 This Everyday Item Is Now Banned in the U.S.

The news: 60- and 40-watt incandescent light bulbs are on their way out, thanks to a ban that took effect on Jan. 1 designed to move Americans towards energy-friendly technologies like halogen or fluorescent lighting.

Don't expect them to necessarily look any different, though. Dozens of loopholes exist that will keep different kinds of incandescent bulbs with much lower energy usage rates in the market. Your classic 60W incandescent lightbulb, which cost as little as $0.25, is now going to disappear from stores in favor of other bulbs, like 43W halogen incandescents — which look and operate just like regular 60W incandescents, but contain halogen gas to burn more efficiently. They also cost $1.50. Upgrading to a compact fluorescent bulb with similar usage specifications will cost $2, or $13 for an LED in the same range.

So you're going to be paying dramatically more for lightbulbs either way you slice it.

The upshot: Before you blame the environmentalists for ruining your lighting budget, consider that you're actually going to be saving a huge amount of money on electricity and replacement costs.

A typical $0.25 60W incandescent (and many are more expensive) costs $8 a year for through hours of lighting, while the $1.50 halogen bulb does it for $6. That $2 compact fluorescent does it for $1 and lasts up to 10 years instead of your current bulbs' one-two maximum. A $13 LED can last 15-20 years minimum before it even begins to noticeably dim. That's some serious savings, especially when you consider that three hours a day of wasted light is actually a conservative estimate. About one-third of lighting in the U.S. is wasted, according to the International Dark-Sky Association in Tucson, Arizona, costing the U.S. $2 billion a year and dumping 14.1 million tons of CO2 into the atmosphere.

So the new regulations are good for the environment and the pocketbook. But that hasn't stopped some consumers from stockpiling the old incandescents, even if it doesn't quite make sense to do so.

It's not Obama's fault: The ban was was signed into federal law in 2007 by George W. Bush, not Barack Obama, despite what Twitter thinks:

And you probably didn't notice the disappearance of 75W and 100W incandescent bulbs, which went into effect last year.

One caveat: mass-use of CFLs can potentially pose an environmental hazard due to accumulated levels of the mercury gas contained inside them. But today's CFLs use significantly less mercury. That combined with CFLs' lowered energy consumption and thus reduction in the draw from mercury-spewing coal power plants will actually lead to less mercury in the environment. But if you do break a CFL, vacate the room for 10 minutes, and always dispose of burnt-out CFLs in the appropriate recycling bin or take them to a facility.