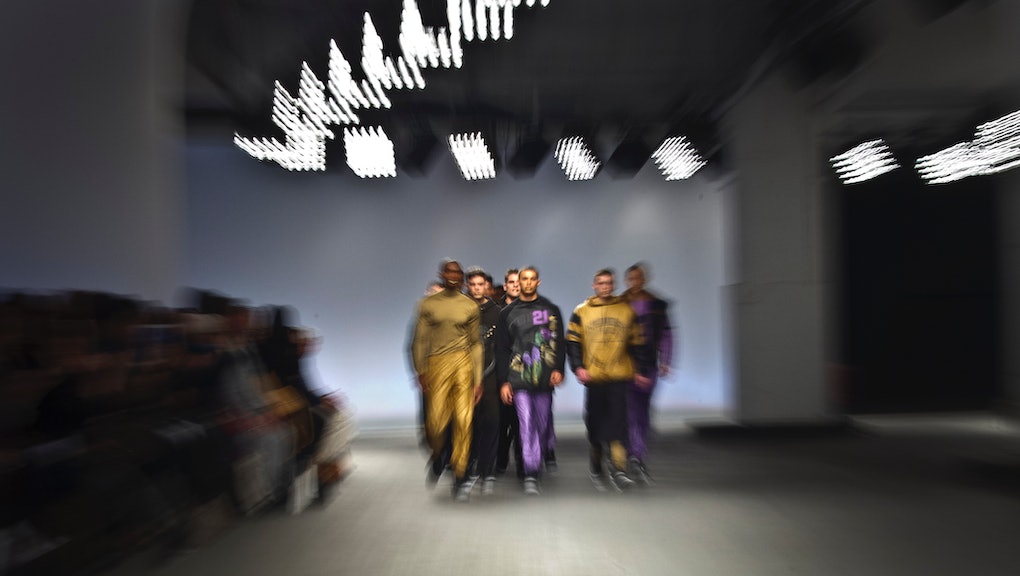 Michigan Technological University researchers Robert Nemiroff and Teresa Wilson hypothesized that if time travelers existed, then they could theoretically be sniffed out by trawling social media websites to see if anyone had noticed any "prescient information." In other words, people who could predict the future.

Lazily disregarding the generally-accepted hypothesis that magic is real, the scientists instead investigated the hypothesis that such posts could be evidence of time travelers. It's an idea that has some weight, featured in documentaries like Back to the Future Part II, where Biff Tannen takes over the town of Hill Valley by using insider information from the future to bet on sports teams in the present.

In their results, published last week, the present-bound duo specifically raked through Facebook, Twitter, Google+, and some other websites to find ominously accurate predictions. Specifically, Nemiroff and Wilson looked for impossible references to Comet ISON, a very bright comet discovered in September 2012, and Pope Francis, who was made leader of the Catholic Church in March 2013. ISON was unknown to science before September, and Cardinal Jose Mario Bergoglio, who chose the title Francis, was the first to use that particular name. If anyone accurately foresaw these events, then it could be indicative of temporally displaced visitors.

Searching for both direct references and associated hashtags, they immediately hit a wall when it was revealed Google+ doesn't accurately sort results by date. Further snags ensued when they learned Facebook allows users to backdate posts, making it impossible to tell whether results were really predictions or just hoaxes. Even after doing their best to avoid these issues, nothing suspicious turned up.

But it did on Twitter. Not really. They found one instance of "an interesting speculative discussion using the term 'Pope Francis' in a blog post advertised by a tweet," but upon further investigation, found nothing overtly anomalous.

Searches through the server logs on NASA's web site similarly failed to turn up impossible search histories for ISON, and an attempt on their part to encourage time travelers to reveal themselves by going back in time and sending them tweets or emails marked by hashtags failed to turn up results.

Nemiroff and Wilson concluded that the study was not proof that time travelers didn't exist, but rather that a variety of hypotheses — including that time travel might not leave any traces or that travelers themselves might not want to be found. They also could have missed indications of prescience due to human oversight.

As The Atlantic notes, this isn't the first failed attempt to locate time travelers. On June 28, 2009, Stephen Hawking threw a party for time travelers and only advertised it afterwards. No one showed up.

Bummer. But I have an equally valid hypothesis: Maybe we just suck. Maybe 21st-century Earth dwellers are so repulsively backwards, so evil and retrograde, so aggressive, war-mongering, uninformed, ignorant, trigger-happy, and thoroughly unpleasant that no one wants to meet us, let alone briefly, or even allow us a shred of insight into the ephemeral nature of the laws of the universe or a glimpse of the future.

Or maybe you future people are judgmental assholes. Enjoy your 500 year lifespans cold and alone, jerks.