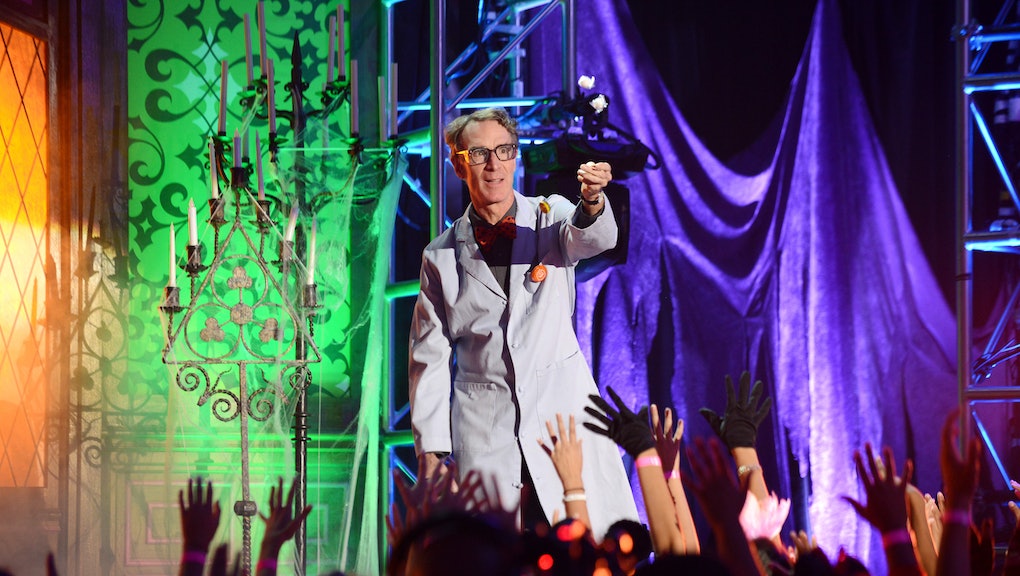 The news: On Feb. 4, the bow-tied popular scientist, Bill Nye, “The Science Guy,” is slated to debate Ken Ham, the founder of the Creation Museum in Petersburg, Ky. The debate will be titled: "Is creation a viable model of origins?”

Ham challenged Nye, whose Bill Nye the Science Guy won 19 Emmys throughout its run, on the basis of his outspoken remarks on the importance of teaching evolution in schools. Nye gamely accepted and a potentially epic dialogue has been born.

“Having the opportunity to hold a cordial but spirited debate with such a well-known personality who is admired by so many young people will help bring the creation/evolution issue to the attention of many more people, including youngsters," Ham said in a statement on Thursday.

The background: Ham is a well-known creationist and his museum raised more than $27 million for its opening in 2007. The 60,000-square-foot museum puts forth the notion that the Earth was created 6 million years ago and presents display cases showing humans and dinosaurs frolicking together.

Meanwhile, Nye has been vocal and public advocate for educating children about evolution. Last year, Nye put out a YouTube video, “Creationism Is Not Appropriate For Children,” which garnered over six million views and argued that the "denial of evolution is unique to the United States,” and that the “world becomes fantastically confusing if you don’t believe in evolution.”

Ham released a video in response to Nye’s, stating that the scientist “has an agenda to teach children not to believe in God” and “doesn’t really believe in science.” Out of this feud came Ham’s invitation to Nye to visit his museum and debate the issue.

And while Ham has declined debate requests from "mocking, strident evolutionists," the statement from Answers in Genesis, Ham's creationism group, calls Nye "a serious advocate for his beliefs, [whose] opinions carry weight in society."

The takeaway: A recent Pew poll found that, 60% of American adults said they believe in evolution, while 33% do not. But a 2011 polling in the National Survey of High School Biology Teachers showed that the majority of high school biology teachers don't take a definitive stance on evolution with their students. Sixty percent of the teachers polled didn't take a direct stance on the subject. Fewer than 30% of teachers take an adamant pro-evolutionary stance on the topic. In addition, 13% of these teachers advocate creationism in their classrooms.

With the U.S. ranking 21st in science amongst 65 nations, it’s time we address the startling indifference with which our educators are treating evolution, a critical component of the sciences. With insurmountable evidence that the world was, indeed, not created in 6 thousand years ago, it is a tragedy that our educational system even entertains creationism as a viable topic within the sciences. The 13% of public school teachers who present only creationism are deeply impeding our growth on a national scale.