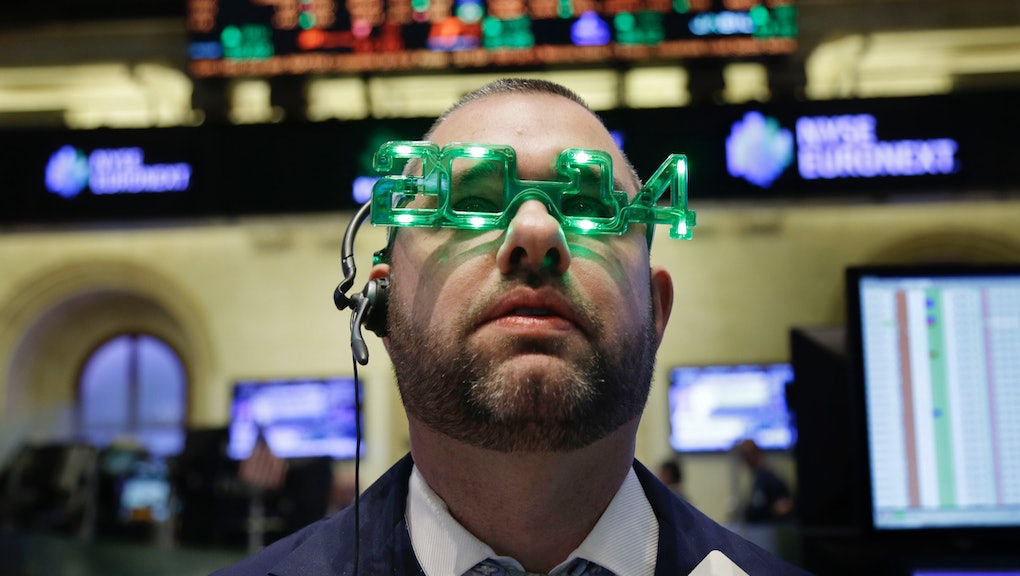 The news: Worried about income inequality? The problem just got a lot worse.

According to Bloomberg, 2013 was a bad year for global equality, with the richest 300 adding $524 billion to their collective net worth. At the very close of the year on Dec. 31, the aggregate net worth of the top billionaires stood at an astounding $3.7 trillion, with only 70 of the 300 reporting a net loss.

In the lead was Bill Gates, who you might not have heard much from in the past few years since he semi-retired in 2008. Gates' fortune grew from a measly $15.8 billion to $78 .5 billion, reclaiming the title of world's richest person from Mexican investor Carlos Slim.

Overall, global stocks did very well in 2013, capturing the best annual gain since 2009. The Standard and Poor's 500 Index climbed 30% and closed 1,848.36, an annual rise unmatched since 1997. Companies in the S&P 500 are worth 3.7 trillion more than a year ago, as investors profit from bullish markets propelled by near-zero interest rates and slowly rising investor confidence.

What about the rest of us? Congratulations! You're stagnating.

U.S. income inequality is now the highest it has been since 1928. Examine this GIF provided by Dorsey Shaw of BuzzFeed using data from UC Berkeley's Emmanuel Saez:

A December Bloomberg poll found that 64% of Americans now agree that the U.S. no longer offers everyone a chance to get ahead. Nearly 75% who make less than $50,000 a year thought the same.

Meanwhile, emergency extended unemployment compensation for 1.3 million Americans just expired. This as 47 million Americans are poor enough to qualify for food stamps. While the unemployment rate is falling, young people aren't finding jobs as quickly as the rest of the market. A person who graduated college in 2012 left school with an average debt of $29,400, but unemployment for people 30 or younger was a staggering 11.6% or higher in November. The average millennial won't make the median income of $42,000 until they're 30, four years later than those who came of age in 1980.

Fortunately, 2014 might be slightly better: Even the usually-pessimistic Paul Krugman shares some optimism for 2014, who cites a Goldman Sachs prediction that the "fiscal drag" of federal policies is going to stop depressing the economy:

Still, any optimism should be guarded, and it seems like sky-high incomes for some of us and poor prospects for the rest of us is the new normal.