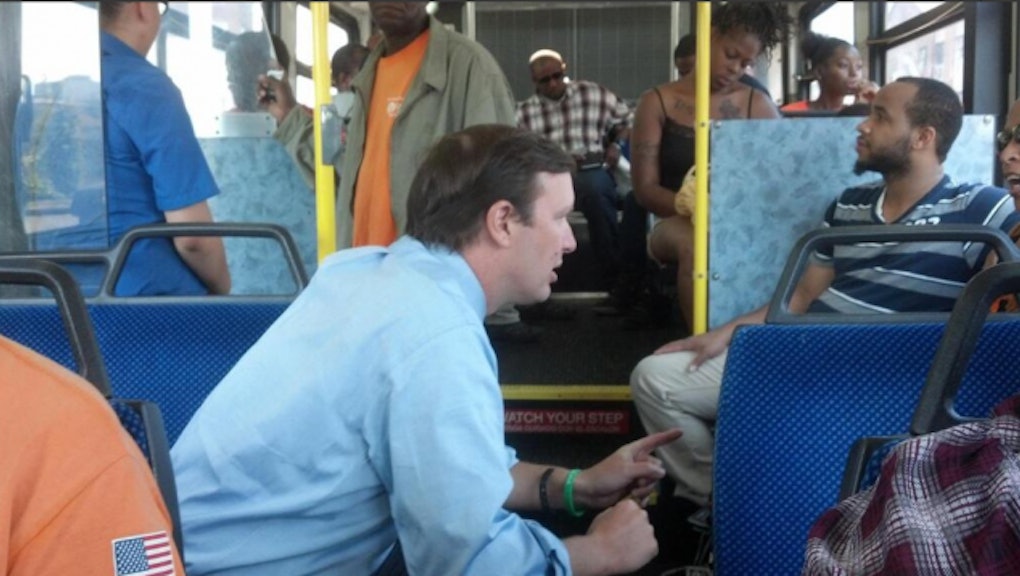 This U.S. Senator Spent a Day With a Homeless Man to Learn the Challenges He Faces

While most Americans were preparing for New Year's and wrapping up their holiday plans, Sen. Chris Murphy (D-Ct.) spent this Monday trailing "Nick," a homeless man living on the streets of New Haven the past six months.

Nick's father was a drug addict and by age 13, he was hooked on crack, too. Nick spent much of his childhood as a ward of the state. But he overcame these challenges to become an advertising salesman - until he lost his job and unemployment ran out. Sen. Murphy decided he wanted to trail Nick to try and better understand the challenges he faced.

Here's how Sen. Murphy and Nick spent their day.

After vacating the shelter at 7:30 a.m., when it asks residents to leave, Murphy and Nick went to a methadone clinic where Nick receives treatment for his drug addiction, then visited the library at 10 a.m. to apply for jobs. Nick is only able to apply for jobs that fall on his bus route, as he has no other method of transportation.

At 3 p.m., they returned to the shelter - where a long line meant that not everyone could get a bed.

"As sobering as a day like this is," said the senator, "it's slightly inspirational to hear somebody who's been through what these guys have been through still believing there's better days coming up soon." But Murphy told ThinkProgress that "it's unacceptable that people in the richest state in the richest nation in the world should have to live this dehumanizing experience."