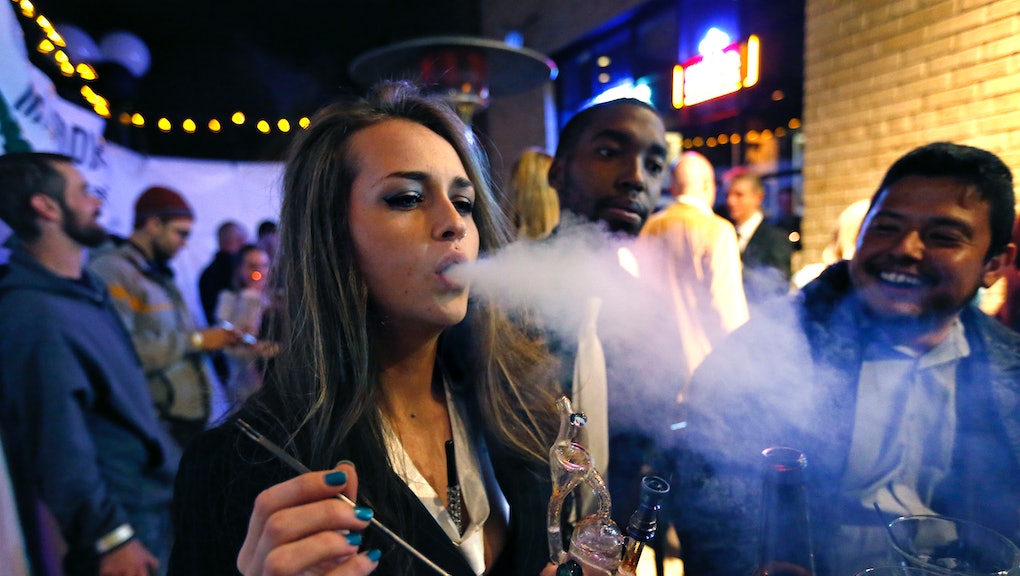 Colorado's Pot Shops Will Sell Out Any Day Now

High times: It's less than a week into the historic legalization of recreational marijuana in Colorado, and everything's turning up green ... well almost everything.

While it's true that Colorado's marijuana sales have been very strong — the 24 open stores believed they collectively brought in more than $1 million in sales on New Year's Day — they've almost been too strong, as several shops are already having trouble keeping up with consumers' demand.

Right off the bat, lines were long and stores were packed. Denver's 3D Cannabis Center owner Toni Fox told the Colorado Springs Gazette that she's been serving about 25 customers a day for the past three years, but had roughly 450 visitors on Jan. 1. The two small dispensaries of Pueblo, Colo., sold a combined $87,000 of weed in their first 24 hours. These are strong and reassuring figures for this "great "experiment," but the party might not last. The Pueblo shops are concerned that if demand remains this high for even a few days, they'll have some serious supply concerns. Fox said that if sales remain at these levels, the 3D Cannabis Center could be out of supply by Monday.

Basic economics: When Colorado lawmakers began drafting legislation to legalize recreational marijuana, they were concerned about a lot of things: prices, health concerns, interstate commerce, keeping it away from kids, etc. But I wonder if supply was anywhere near the top of this list.

Some economists have already estimated that legalizing marijuana could create a market as big as $120 billion a year, which is certainly a tantalizing figure to lawmakers. But of course, as the basics of economics tell us, a successful business needs supply and demand. Colorado residents may want all the weed they can smoke (or eat), but if stores can't maintain their supplies, everyone will quickly run into problems.

What next? Because commercial growing for recreation weed was still illegal until Jan. 1, the Denver Post reports, "all the marijuana being sold to recreational customers on New Year's Day came out of a one-time transfer from the stores' medical-marijuana supply." Because of this, it will still take some time for suppliers to have enough product ready to harvest to appease the demand, but this seems like a relatively short-term problem.

Several customers admitted to being especially excited to make their purchases due to the historic nature of the day, wanting to be a part of the first full legalization in the world, and it's likely the demand won't stay as high for very long.

However, this situation also raises the question of large, corporate growers coming in to supply the pot. At the moment, most big companies are wary of investing too much money into recreational marijuana, but if demand continues to rise over time, don't be surprised if legal weed growing becomes "America's next corporate titan."