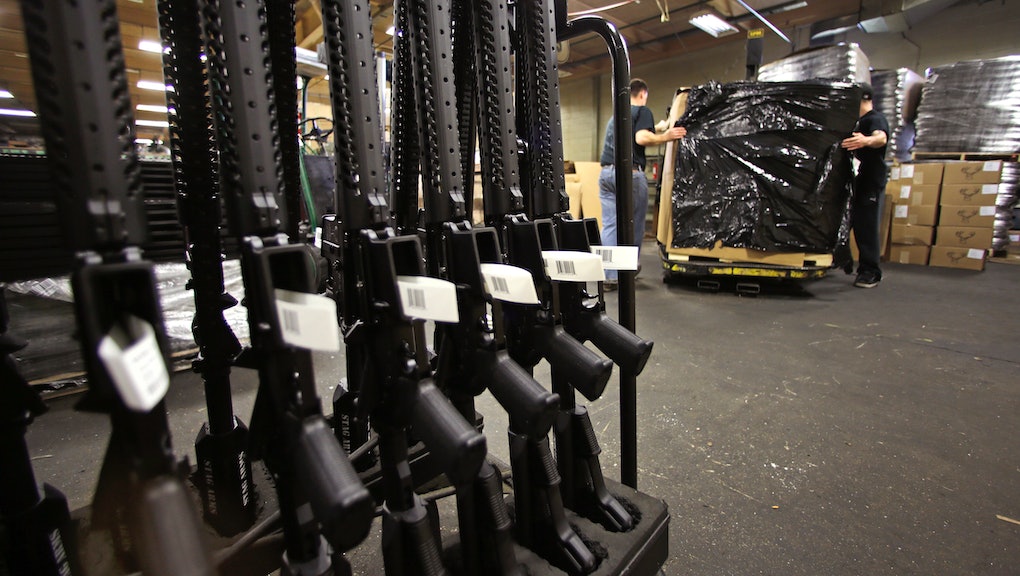 This U.S. Gun Maker Gave Up a $15 Million Gun Supply Deal For a Very Interesting Reason

The news: A United States gun manufacturer based in Utah decided to withdraw from bidding for a $15 million contract with Pakistan. Why leave a cool $15 million on the table like that? According to a sales manager there, because they couldn't be sure their guns wouldn't end up being used against American soldiers.

So Desert Tech, the Utah gun manufacturer, turned down a potential $15 million because they "ended up not feeling right about it." Mike Davis, the aforementioned sales manager, told a local radio station, "As a business owner you always want to be successful, but I think ethically and morally you want to go about it the right way and stick behind your founding principles."

Wait a minute. Sure, I suppose it's nice that an American company describes its "founding principles" as something other than making millions of dollars. But there are a couple funny things about this story.

First, Desert Tech simply turned down a chance at the $15 million contract with Pakistan. There is no guarantee that they would've been chosen from the short list of manufacturers that they took themselves off of.

Second, and more importantly, what's the basis for the fear that their guns will fall into the wrong hands? Al-Qaeda presence in Pakistan? Is the possibility that American soldiers will be shot in Pakistan strong enough of a threat to turn down $15 million? What about the threat of a gun sold here in America being used to kill 20 children?

It's not as if, you know, Desert Tech was worried that their guns might be used to kill any Pakistani soldiers or civilians. There isn't this sort of hand wringing when non-Americans are being slain. And, of course, America is doing its own thing in Pakistan, killing three militants on Christmas day and whatnot. Not only that, but there are plenty of civilian casualties as well, which the U.S. takes little responsibility for. So U.S. forces can kill dozens of Pakistani civilians (a number which is likely underestimated) but the hypothetical that guns might be used against American troops is enough to turn down a hefty payday. Right.

Desert Tech can appear noble without actually being noble. They likely never had a shot at this contract, and are merely bowing out for "ethics." As I see it, there isn't much risk that their guns might be used against American troops. And gun sales to Pakistan are perfectly legal. So why turn down a chance at $15 million?

*Correction: This article originally stated that an American drone strike killed three Pakistani civilians on Christmas day. The three killed by the U.S. strike on Christmas were identified and confirmed as militants, not civilians.