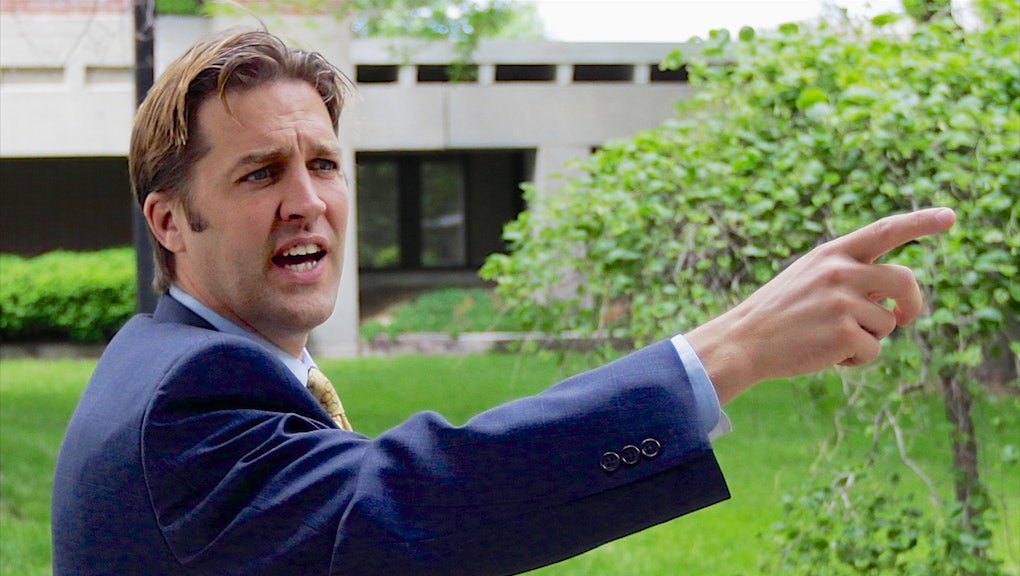 The news: Midland University president and former George W. Bush administration official Ben Sasse is mad as hell at D.C. and he's not going to take it anymore.

So for his campaign to snatch retiring GOP Senator Mike Johanns' seat, he's come up with a unique idea: Let's just get rid of D.C. altogether and move the nation's capital to the middle of Nebraska. According to Sasse, this is the way that America can "cure the incredible ineffectiveness and dysfunction of both parties in Washington."

Sasse launched his proposal in both a 30-second campaign ad that ran in Nebraska during the NFL playoff games the weekend of Jan. 4-5 and a 5-and-a-half-minute ad on YouTube, where he explained the idea in greater detail:

"That's it. The way to cure the incredible ineffectiveness and dysfunction of both parties in Washington. We move the capital to Nebraska," Sasse says. "Where they can experience family, conservative values, living within their budget, and pulling together, not pulling apart."

"Moving the capital to Nebraska is the end of the story," he intones. "Let's start at the beginning." He then tells viewers that during his service in the Bush administration, he saw "firsthand what a messed-up, ego-driven place Washington really is." There's plenty of buzzwords thrown in, like calling his opponents "establishment insiders" and saying D.C. is full of "lobbyists and influence-peddlers."

"We have to choose the strongest, most conservative Nebraska voice to send to Washington," ends Sasse in the 30-second spot.

I can't wait for this guy to step in and build my character.

The reality: Sasse is probably joking. He calls the proposal a "thought experiment," but he's also positioning himself as the farthest-right candidate in the race. It's paid off monetarily. Sasse has raised over $220,000 from the Senate Conservatives Fund and has the support of the powerful Club For Growth.

But his opponent in the GOP primary, former Nebraska State Treasurer Shane Osborn, is racking up important endorsements like Steve Forbes, FreedomWorks, and a group of Republican state senators.

Who will the Tea Party choose? Nebraska is still hauling to the right this election season, and Sasse has gotten our attention. This might just be as entertaining for the politically minded as the looming Republican primary for retiring Georgia Senator Saxby Chambliss' seat, where four Tea Party Republicans (Reps. Jack Kingston, Paul Broun, and Phil Gingrey) will all be trying to out-red-meat the other this year.