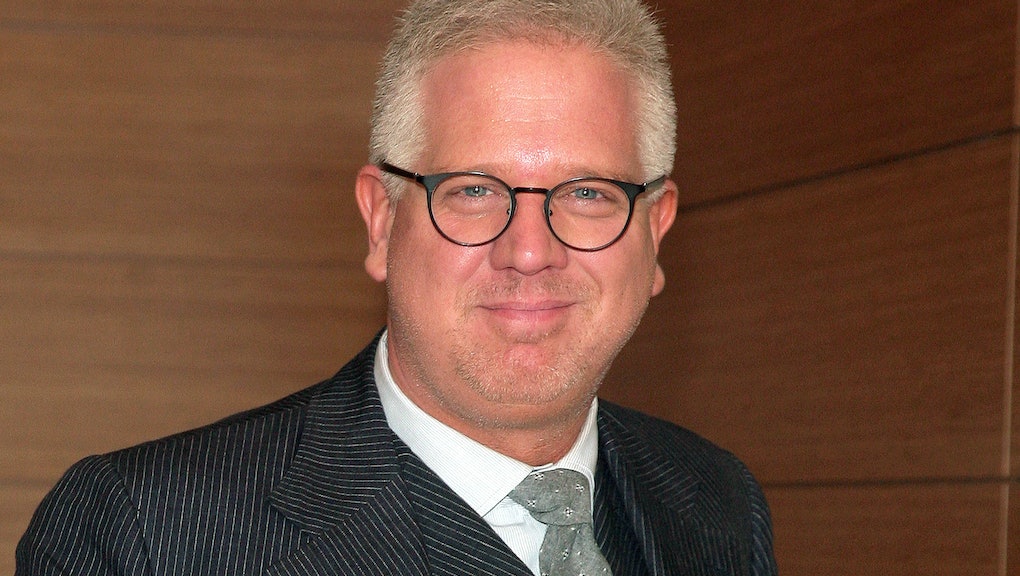 One of the most powerful conservative voices in America is speaking out against the Russian government's unjust treatment of LGBT individuals. Television and radio host Glenn Beck, often derided by the left, said that he stands with GLAAD against Russia's "hetero-fascism." Beck's statements attack the core of the gay rights issue that state-sanctioned relationships that receive economic and social privilege inevitably are discriminatory. But understanding Beck's stance on gay rights may help provide the best route to permanent equality for all types of couples and families.

This is not the first time that Beck has publicly spoken out in favor of equal legal treatment of gays. Back in 2010, Fox News host Bill O'Reilly asked Beck if he thought that "gay marriage is a threat to the country in any way?" Beck's response was a clear "No." Beck often uses history as a reference in his arguments. His concern about government abuses is a principled one; if the government decides what marriage means for one group, it decides it for all groups. Government declaration of appropriate social norms is completely antithetical to the constitutional values of freedom of speech and association. This is the heart of Beck's argument, and is the most powerful position for gay rights that can be proposed by conservatives and libertarians.

Many will automatically discount Beck on the issue by labeling him as a religious conservative or part of the Right's fringe. While Beck and these constituencies favor policies in the same orbit, his stance on marriage is decidedly in favor of expanded civil liberties and the separation of church and state. As an adult Mormon convert, Beck's perspective encompasses a greater understanding of alternative family styles that should also be a part of the conversation on the Constitution and marriage. His central question is, "Why is the federal government involved in marriage at all?"

Most people consider marriage as a contract sanctioned by the federal government and endowed with certain benefits for the purposes of taxation and division of property. In late 2012, a USA Today poll found that among those who oppose same sex marriage, 47% cited religious reasons. The rub on Beck's position is that he is advocating for both same-sex marriage and religious liberty. Religions have varying points of view on the terms of marriage, but Beck's statements support the idea that the government should not dictate how we choose to express ourselves in a private social or religious contract. If there are contractual preferences set by the government, they should be open to all regardless of religion.

Beck doesn't want the government to destroy his marriage, which it won't do in a world where all 50 states allow same-sex marriage. By coming out and standing with GLAAD, Beck has shown a way out of the marriage debate without public referendums or years of Supreme Court battles. He is highlighting a real injustice against the LGBT community and making an example of abuse of big government. Beck remarked that while people in Russia live in a world of fear and persecution, they have been fixated on Duck Dynasty star Phil Robertson's controversial comments about homosexuality.

Beck may be written off by some of his detractors due to his past associations and former employment at Fox News. However, his stance on LGBT equality is one that many can learn from. His position resolves issues for religious and secular marriage by keeping them in their own public and private forums. In the coming years, we will see if Beck's voice continues to be a prominent in support of true equality. For now, it's a pretty interesting one to listen to.