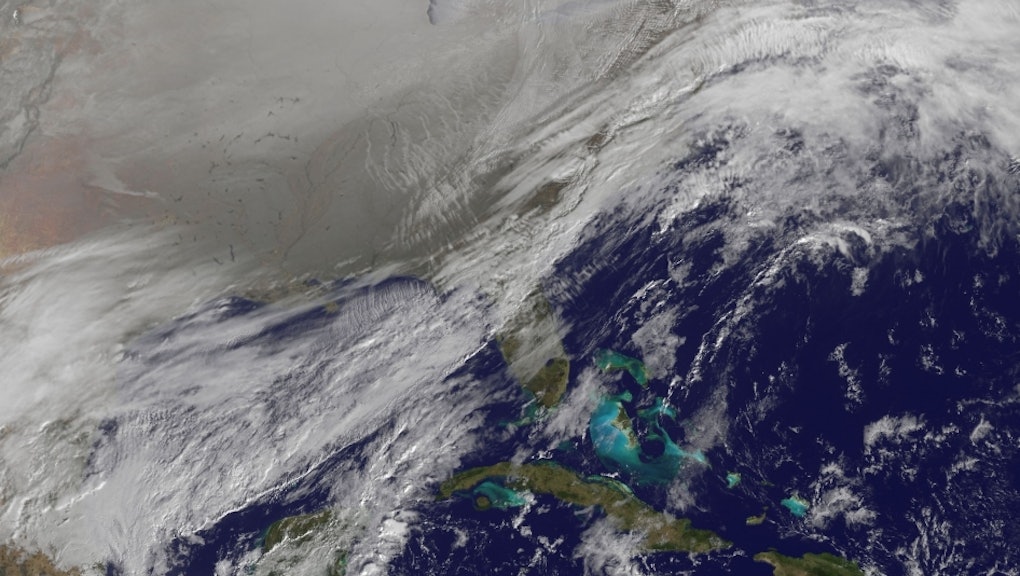 This is a NASA Photo Of the Polar Vortex Freezing the U.S. Today

That picture right there is the reason why the United States has been turned into Planet Hoth.

Called the polar vortex, that huge blanket of cloud coverage is a low-pressure system that is usually hanging around the North Pole. This week, however, it has made its way south to the U.S., resting comfortably over Wisconsin and Minnesota. Which means half of the continental U.S. gets to enjoy freezing cold, even life-threatening temperatures.

The photo that NASA snapped shows just how widespread this is. According to NASA, clouds associated with the polar vortex system have reached all the way to Texas. So frigid air that’s usually reserved for the North Pole is now chilling Texas. That’s bonkers.

On Monday, the Midwest had its fun with the brutal cold, and now it’s the East Coast’s turn. Just check out these windchills from yesterday:

And the windchill will bring temperatures down even further. Believe me, I just went out to buy some milk and I’ve decided I’m not going back out until April at the earliest.

But if you do have to go out at some point today, remember to bundle up. Any exposed flesh in this weather won't last long. Hats, mittens, scarves – you better put on the whole shebang. And hey, if you can find a tauntaun to cut open and slip into, all the more better.