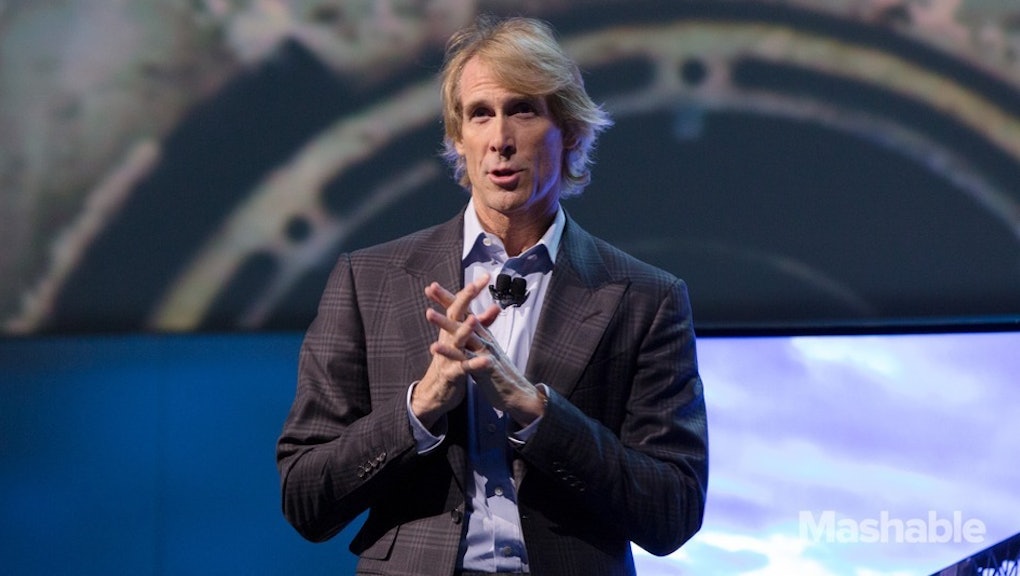 Watch This: One Of the Most Epic Public Speaking Meltdowns We’ve Ever Seen

If you've ever blown a public speaking event, I have something that will make you feel a whole lot better.

During Monday's International Consumer Electronics Show (CES), action-movie mogul Michael Bay had something blow up in his own face — his speech. The Transformers-mangling director was on stage to promote Samsung's new line of curved HDTVs, specifically a 105-inch UHD TV that does in fact look sick nasty.

But there was a problem with the teleprompter (Michael Bay needs a teleprompter?), and Bay did not do so hot on the recovery:

Oof. That was almost as bad as one of his movie scripts, am I right? I'm not sure how a director worth hundreds of millions of dollars can't ad-lib three lines on a big TV, but that's the way the cookie crumbles in slow-motion HD.

To his credit, Bay was pretty humble about the whole mess, even posting to his blog about it:

Wow! I just embarrassed myself at CES — I was about to speak for Samsung for this awesome Curved 105-inch UHD TV. I rarely lend my name to any products, but this one is just stellar. I got so excited to talk, that I skipped over the Exec VP's intro line and then the teleprompter got lost. Then the prompter went up and down — then I walked off. I guess live shows aren't my thing.

This isn't Samsung's only headache at CES this year. A Los Angeles Times reporter tweeted this image from their promotional setup:

Not a good start at CES for Samsung this year.