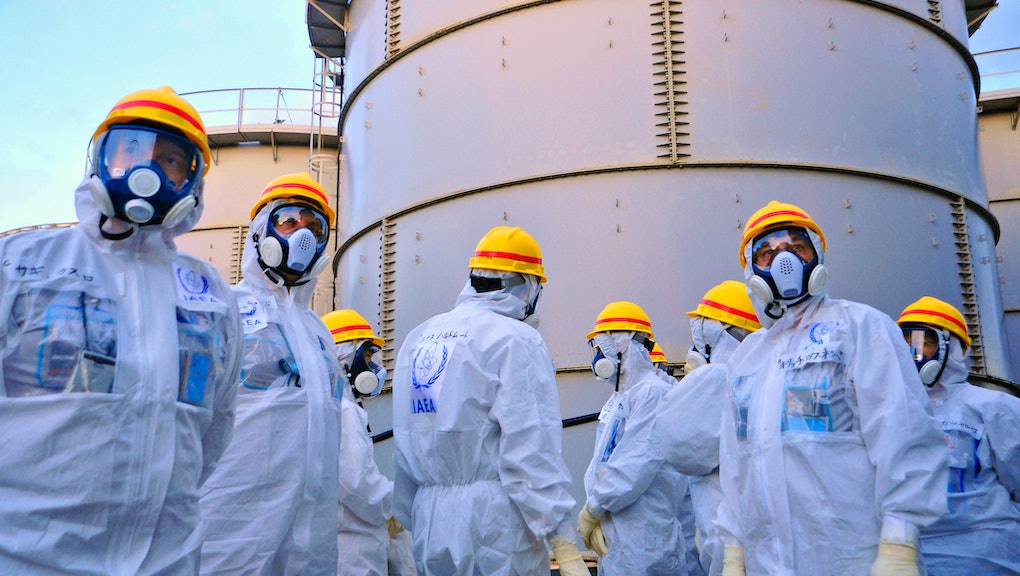 Fukushima Radiation Scare Stories Are Going Viral On the Internet. Are They Real Or Fake?

The news: A few suspect news stories have been making the rounds on the internet in recent days, suggesting that radiation from the Fukushima power plant disaster has hit the West Coast of the United States and is causing major harm to the Pacific Ocean off California. Most pernicious is the report from NaturalNews.com that a scientific study found a significant drop off in sea life in the Pacific Ocean near the U.S. coast.

So should you trust these scare stories? Absolutely not.

The fine folks at Deep Sea News — which features writers with academic degrees, actual professional credentials, and expert knowledge — are doing their best to debunk the rumors spreading about Fukushima radiation and its impact on the U.S.

Take the dangers of radiation hitting California. Will it kill you? Are we all going to die? DSN has your answer: "No it will not be dangerous … It's not even dangerous to swim off the coast of Fukushima."

If you went swimming in the waters right next to the actual power plant, you would only experience "0.03% of the daily radiation an average Japanese resident receives."

So I'm thinking everybody in the U.S. will be OK.

But back to that story about sea life dying in droves off the California coast: what's going on? The Natural News article cites an actual study with scientific evidence published in a real academic journal. There has to be some truth to the fact that "the number of dead sea creatures blanketing the floor of the Pacific is higher than it has ever been in the 24 years that monitoring has taken place, a phenomenon that the data suggests is a direct consequence of nuclear fallout from Fukushima."

If true, that's pretty freaking scary. That means radiation from Fukushima is killing off mass amounts of sea creatures right off the U.S. coast. The only problem is that the study the article cites contains no actual mention of Fukushima. In fact, the study offers a perfectly logical explanation for the mass die-offs: a natural cycle of increasing and decreasing levels of algae and other sea life depending on climate and the seasons.

The study's findings even cite trends that began five years before the Fukushima disaster occurred. Indeed, the study's authors have gone out of their way to be very clear: "There is no indication that any of the events in this study were associated with the Fukushima nuclear accident."

So the only connection between the study and Fukushima is a bogus extrapolation by the writers at Natural News.

With all of these Fukushima scare stories out there, it might be tempting to give in to the paranoia and start thinking the U.S. is going to become a nuclear wasteland. There are certainly enough people who want you to panic, at least. But don't. As of right now, we're not in much danger from Fukushima radiation. Thankfully, there are people who know what they're talking about to remind us of the truth.