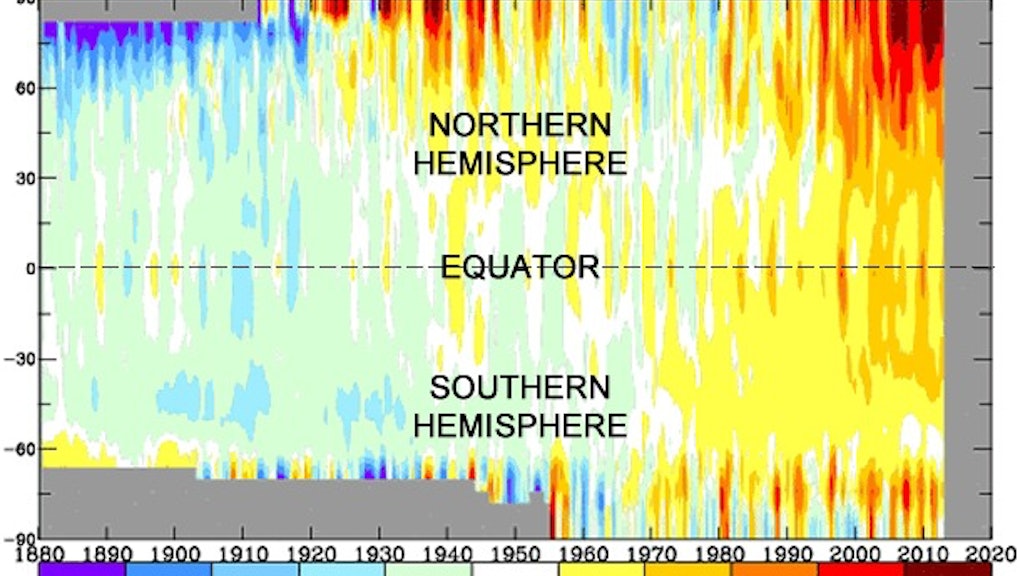 In case you haven't noticed, the country is currently experiencing the coldest winter in 20 years. For most of us, that means huddling by our space heaters and drinking hot chocolate.

For others, it's the perfect time to disprove climate change, once and for all.

As The Daily Show's Jon Stewart pointed out last night, Fox News and other conservative news outlets have been going into hyperdrive to prove that climate change is a hoax. In a segment, correspondent Jessica Williams perfectly encapsulated the conservative rationale: "It's about liberty. If we admit climate change is real, then the liberal elite can dictate what we can and can't do. And nobody gets to tell Americans what we can burn, what we can eat, who we can shoot, and how many times we can shoot it."

Of course, the debate would not be complete without some expert opinion:

The argument that a single cold spell disproves decades of research is certainly laughable. But if you, like Fox News, still believe that "we're looking at global cooling, forget this global warming," let this chart from NASA show you the light:

The graph illustrates global temperatures from one pole to the other, as compared to the 1950 average. As you can see, the temperatures before 1950 are mostly blue and green. But things heat up rapidly after 1950, especially in the poles. The bright red spot in the upper-right corner of the graph, demonstrating the temperature spike in the Arctic, is the chief cause for worry.

While this graph is proof of an ongoing trend, the current polar vortex is nothing more than a blip in the radar. As the Washington Post's Brad Plumer spells out in elementary terms, "It can be very cold in one part of the world and very hot in another at the exact same time." The fact that parts of North America are freezing now doesn't mean that global warming is not taking place.

Also, scientists have predicted for a long time that global warming will lead to weather fluctuations: while we will experience record high temperatures, there will also be some record lows — just not as often:

But how exactly does global warming contribute to cold spells? TIME magazine's Bryan Walsh has a good explanation for that:

"Sea ice is vanishing from the Arctic thanks to climate change, which leaves behind dark open ocean water, which absorbs more of the heat from the sun than reflective ice. That in turn is helping to cause the Arctic to warm faster than the rest of the planet, almost twice the global average. The jet stream — the belt of fast-flowing, westerly winds that essentially serves as the boundary between cold northern air and warmer southern air — is driven by temperature difference between the northerly latitudes and the tropical ones. Some scientists theorize that as that temperature difference narrows, it may weaken the jet stream, which in turns makes it more likely that cold Arctic air will escape the polar vortex and flow southward. Right now, an unusually large kink in the jet stream has that Arctic air flowing much further south than it usually would."

Simply put: cold spells are a part of climate change, and in fact help to prove that global warming is taking place in the Arctic.

And if you're still not convinced, maybe the Jake Gyllenhaal blockbuster The Day After Tomorrow will do the trick for you (obviously, the chances of a sudden ice age are slim to none, but the idea of temperature fluctuations and cold spells is there):

So put your tin foil hats pack in the closet, and get out some warm, woolen hats instead.