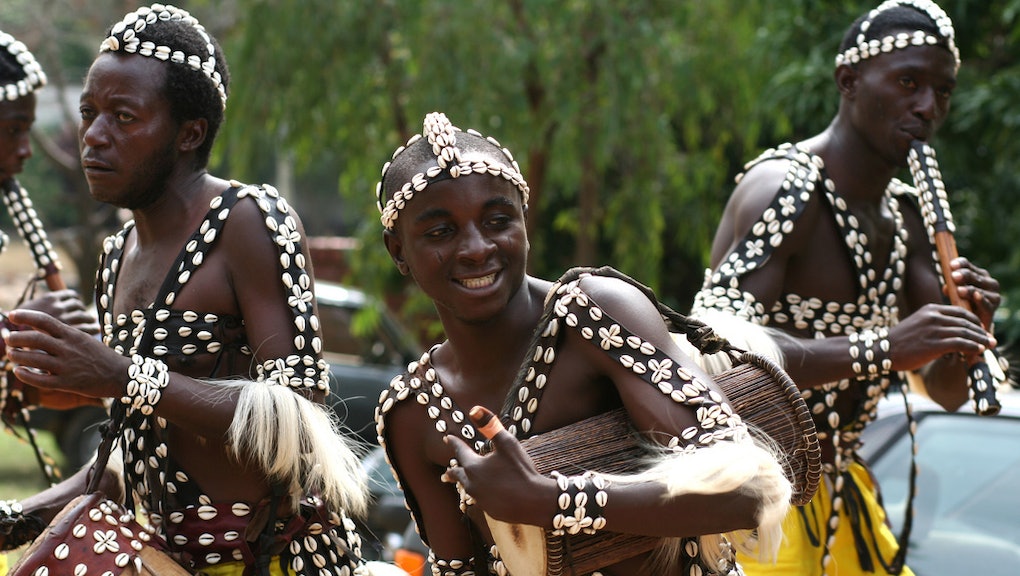 This Tribe is About to Go Extinct, Unless India's Government Does Something About It

In January 2012, journalist Gethin Chamberlain posted a shocking video on the Guardian's website.

Shot from a tour bus in India's Andaman Islands, the video shows tourists taunting women with scraps of food, trying to bribe them to sing and dance. This inhuman behaviour reminiscent of 'human safaris/zoos' was worsened when placed in the context of who these women were. They were from the Jarawa tribe, one of the last uncontacted tribes in existence, whose numbers have dwindled to a meager 350-400 members. Instead of being protected, celebrated, and assisted by the Indian government, the Jarawan people have been used and abused for the entertainment of the 200,000 tourists who visit the Andaman Islands each year.

Officials embarrassed by the report were quick to call for a crackdown on 'human safaris', ordering a ban on tourism around Jarawa territory — but the threats against the tribe still stand.

One of India's Scheduled Tribes — tribes recognized by the government — the Jarawa have not been afforded the privileges and concessions that their status demands. Believed to be one of the first few tribes to migrate from Africa to Asia, the Jarawa have long managed to hold on closely to their traditional way of life.

Members of the Jarawa tribe along the Andaman Trunk Road

This hasn't been easy. Since the Indian government built the Andaman Trunk Road in the 1970s by cutting the tribals' land in half, the Jarawa have been susceptible to poachers, disease, and tourism. In fact, the reason for their first contact with civilization was desperation stemming from an outbreak of measles. The government has also introduced modern amenities by providing tribals with food, tobacco, and alcohol in exchange for work. Despite the fact that under Indian law, the Jarawa are protected from exploitation, tour companies continue to approach them for pictures and other often demeaning forms of entertainment.

The blossoming tourism industry on the Andaman island has been particularly harmful for the Jarawa tribe. It has led to the increased sexual exploitation of Jarawa women, and greater risk of fatal diseases and road accidents. The Telegraph reported that a Jarawan boy lost his arm after reaching out to tourists offering food from a moving car.

Additionally, the lack of government oversight on poaching has made it difficult for the tribals to find game on the reserve, leading them to wander outside of it. By allowing locals to build settlements and villages on the outskirts of the reserve, the government has heightened contact — the Jarawa are forced to seek friendly gifts from these settlements due to a dearth of game (the concept of money is not part of Jarawa culture).

Due to these harmful government policies, nonprofits and activists have begun to fight for the right of the Jarawa people for a dignified existence. Calling them one of the most threatened tribes in the world, Survival International launched a campaign asking all tourists and over 200 travel companies visiting the Andaman Islands to boycott the destination until foreigners are banned from the Andaman Trunk Road and the government creates an alternative sea route. The group even distributed leaflets to tourists arriving at the islands' airport describing the dangers of using the Andaman Trunk Road. Yet, the practice continued.

Forget the media, forget activists. It is deplorable that even India's highest judicial power has been unable to stop the slow extinction of the Jarawa due to callous government policies. The issue goes beyond that of tourism to one of socioeconomic development and simple dignity.

And it isn't just the Jarawa who face extinction. Another indigenous tribe, the "Great Andamanese," is said to only have 52 members left. If the government attitude remains the same, these tribes that have inhabited the islands for thousands of years will face complete extinction by the end of the decade.