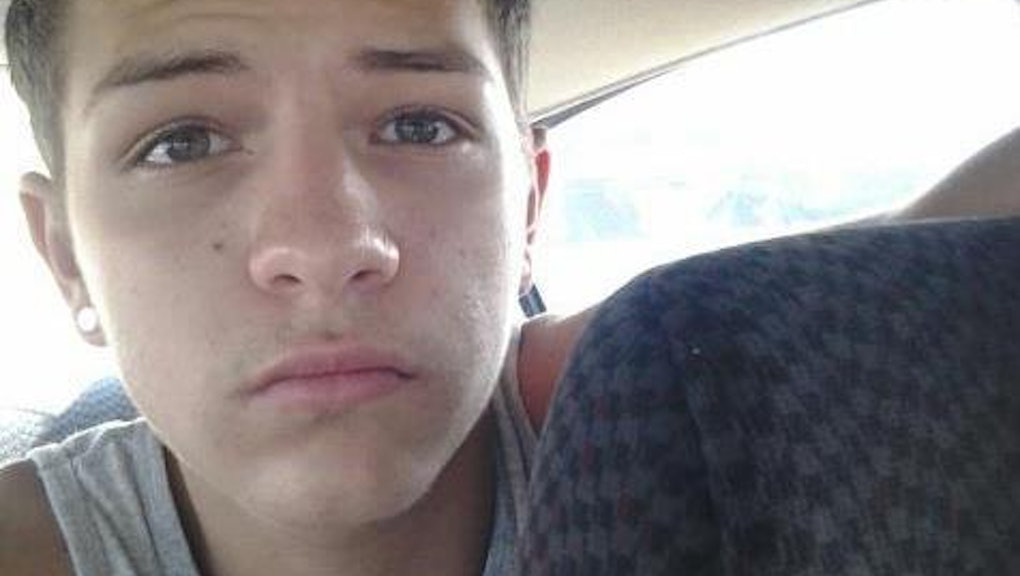 "We don't have time for this."

On Sunday, Vidal's parents had sought police assistance after he entered a schizophrenic episode. Vidal had picked up a screwdriver — small enough that it couldn't cause serious injury, but worrisome enough that his family decided they needed to call the police. Three separate departments sent officers; the first two managed to control the situation. It was after the third, from Southport, entered that the situation went sour. According to Vidal's parents, that officer then said "I don't have time for this. Tase him. Let's get him out of here." Another officer stunned Vidal with a taser. While Vidal was between first two responding officers, the Southport policeman then stepped forward and shot him dead.

The State Bureau of Investigation is looking into the incident. But the Boiling Springs Lakes police department has somehow already cleared its officers of any wrongdoing after an "internal review." The Southport police officer accused of firing the shot also has hired a lawyer. Vidal's family believes that a cover-up is taking place.

"He reached right up, shot this kid point-blank, with all intent to kill," Wilsey told NBC. "He just murdered him flat out."

When Wilsey demanded that the officer explain himself, he responded "Well, I'm protecting my officers."

According to a neighbor, this is the second child in Wilsey's family to die in the past several years. A daughter perished in a car crash, and the family had just begun to recover from the loss.

This is far from the first time police have unnecessarily shot a mentally ill person. In the United States, calling the cops can easily escalate the situation.

Former Baltimore police officer Peter Moskos says "This idea that cops are always at your beck and call is the basis of the 911 system and it doesn't work. When you call the police, you have to remember what cops do is arrest people. If you don't want to be arrested, you probably shouldn't call the police."

Kyle Kazan, a former Los Angeles County police officer, says that shootings of the mentally ill in particular are "not uncommon" because when officers arrive to a 911 call "They don't know why this person is acting up."

A study by the Orlando Sentinel found that in Florida between 1999 and 2002, of 428 reported police killings, 30 followed after 911 calls by family members of someone who was suicidal. In an additional 12, the victim was known to be mentally ill. According to the Treatment Advocacy Center, "at least half of the people shot and killed by police each year in this country have mental health problems," but there's no easy way for families or loved ones to reach mental health agencies to provide direct assistance.