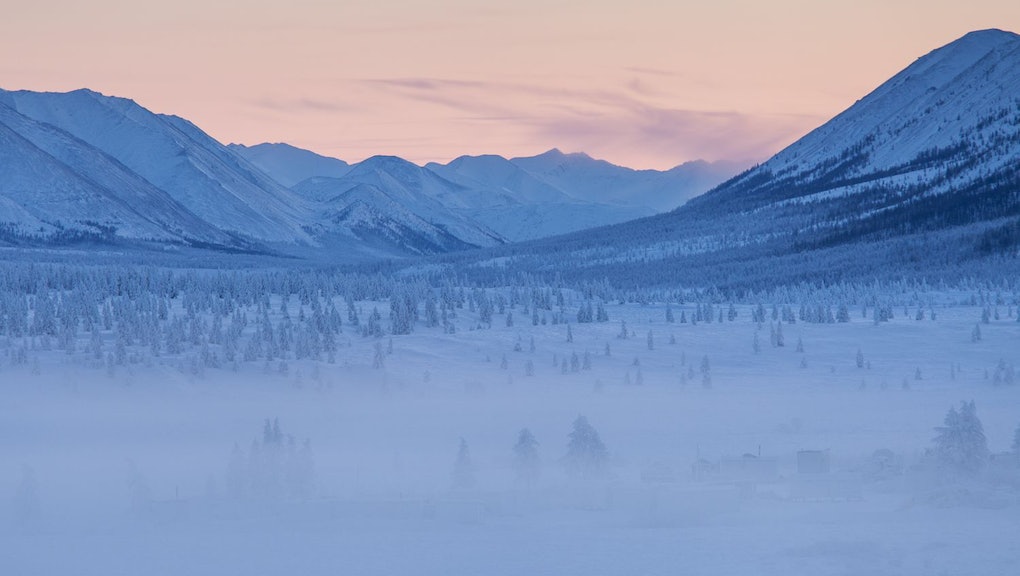 The 5 Coldest Places on Earth

Now that it's warming up outside, we can finally admit that, polar vortex or not, we could have had it worse. Here are five bone-chilling places that are far more frosty than anything we experienced over the past few days.

The small town of Oymyakon, home to fewer than 500 people, is the coldest permanently inhabited town on earth, though it barely edged out its fellow Yakutian town of Verkhoyansk for the title. Located deep in Siberia, in a valley that only lets wind in from the north and that gets as little as three hours of winter sun daily, Oymyakon was the site of the coldest temperature recorded outside of Antarctica: in 1933, the town hit minus 90 degrees Fahrenheit. Right now, Oymyakon is in the relatively balmy minus 30s, making it a great time to visit.

The South Pole is, of course, a forebodingly frigid place. It currently holds the record low air temperature of minus 128.5 degrees Fahrenheit, recorded at Russia’s Vostok Station in 1983. However, that record may have been broken by a 2010 satellite measurement, which noted a ground temperature of negative 136 degrees Fahrenheit along the East Antarctic Plateau. With temperatures like that, the seventh continent isn’t the kind of place you’d want to be stuck at for too long.

Located just below the United States’ border with Canada, International Falls prides itself on being the “icebox of the nation” — so much so that it went to court to defend its right to the name. Although temperatures in International Falls were in the negative 30s this week, and have gone as low as negative 40 degrees Fahrenheit (which is, coincidentally, also negative 40 degrees Celsius), the town has no plans to cancel its annual Icebox Days Winter Festival. Scheduled for next week, the festival will feature snow sculptures, races, and frozen turkey bowling. That’s the kind of celebration you just won’t find in uninhabited Prospect Creek, Alaska, which was home to the lowest temperature ever recorded in the United States: negative 80 degrees Fahrenheit.

However, Winnipeg made headlines on New Year’s Eve when the Manitoba Museum noted that temperature readings from the city were, for most of the day, lower than those coming from the Curiosity Rover on Mars. While other Manitobans were quick to point out that having a lower temperature than Mars is no great feat — equatorial regions of Mars can get into the low 80s in the summer — the fact remains that Winnipeg winters are nothing to mess around with.

Despite the fact that it’s located in a Nordic country, Espoo, the second largest city in Finland, actually has a relatively temperate climate, with winter lows reaching only into the 20s. However, Espoo is home to Aalto University’s Low Temperature Laboratory, which was able to cool a piece of rhodium to the lowest temperature ever recorded in laboratory conditions: 100 picokelvins — that’s 10 billionth of one degree Kelvin — above absolute zero. The feat was accomplished by magnetically aligning the nuclei of the rhodium atoms, which probably felt as done with the whole thing as we have with the recent weather.