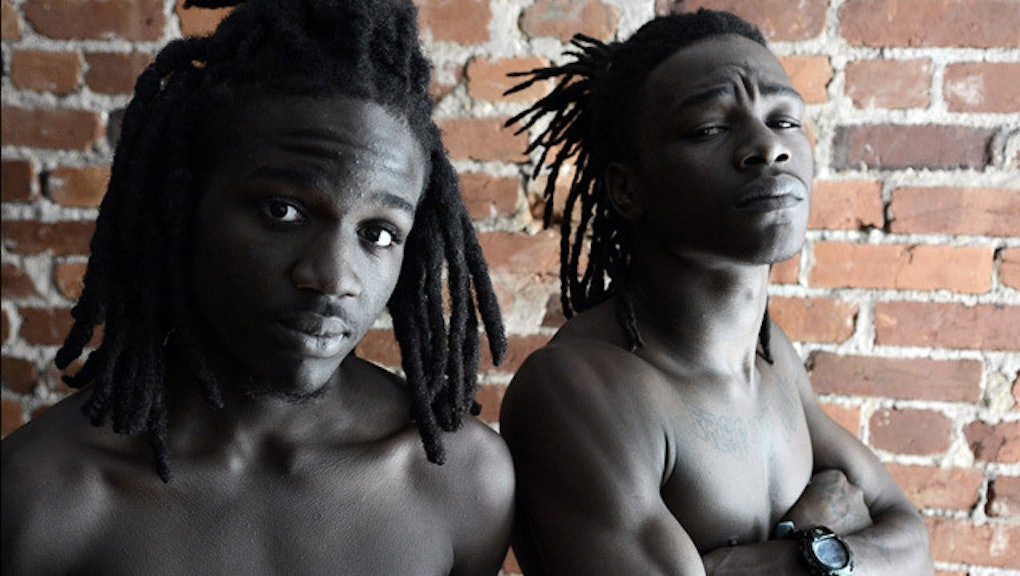 This is the First Rap Video Ever Made in North Korea

American rappers Pacman and Peso have made North Korea's first-ever rap video — without the regime's permission.

Shot with a small Canon camera to avoid being noticed by the authorities, Pacman and Peso managed to assemble their music video over the course of a multi-day trip into the Hermit Kingdom. Their work culminated in the video for their song "Escape to North Korea," released on Tuesday (the eve of Supreme Leader Kim Jong-un's 31st birthday).

Though the duo undertook no small amount of risk by shooting the video, they appear to be devoid of any political motive.

To get there, the rappers had to raise at least $6,000 from in a Kickstarter campaign. They far exceeded their goal, raising at least $10,400, in no small part due to a $5,100 donation from James Passin, a hedge-fund manager who has extensive investments in both Mongolia and North Korea.

Days before entering the country, Pacman and Peso realized that their relatively high-profile media campaign (including a lengthy writeup in the Washington Post) might pose a threat to their chances of filming within North Korea unnoticed. But despite being greeted at the airstrip in North Korea by a bevy of Associated Press photographers, they received little attention from the local authorities.

Pacman says they're lucky to have made it in and out with little trouble. "The first thing I thought was: we made it out," he commented. "We beat the odds."