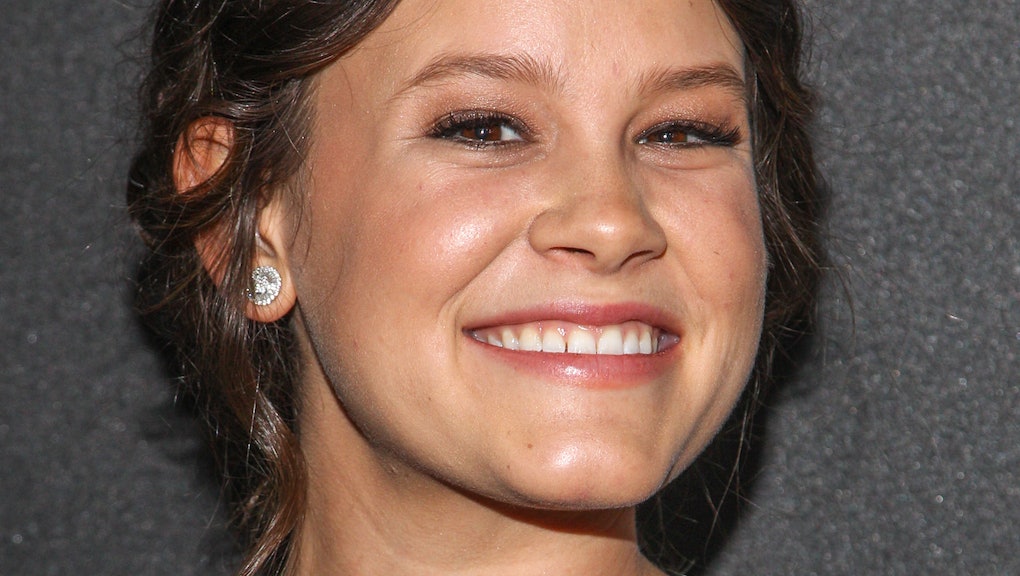 She's 21-years-old, she's the daughter of Kevin Bacon and Kyra Sedgwick, and she's going to be on stage for (nearly) the entirety of the Golden Globes.

Sosie Bacon is an actress in her own right, but like other children-of-stars before her she's getting her big break as the award show's Miss Golden Globe. Every year, the Hollywood Foreign Press chooses a Miss or Mr. Golden Globe (it's rarely a Mr.). The chosen one is almost always the child of a celeb, occasionally catapulted into stardom afterwards, and always on stage throughout the show to hand over the trophies.

The former Miss Golden Globes who are now stars in their own right are actresses like Laura Dern, Francesca Eastwood, Rumer Willis, and Melanie Griffith.

In preparation, Sosie's been posting a lot about the Globes on her Instagram.

Do we feel excitement? Do we feel rage? Does it now make sense why it's so hard to get a job in Hollywood?