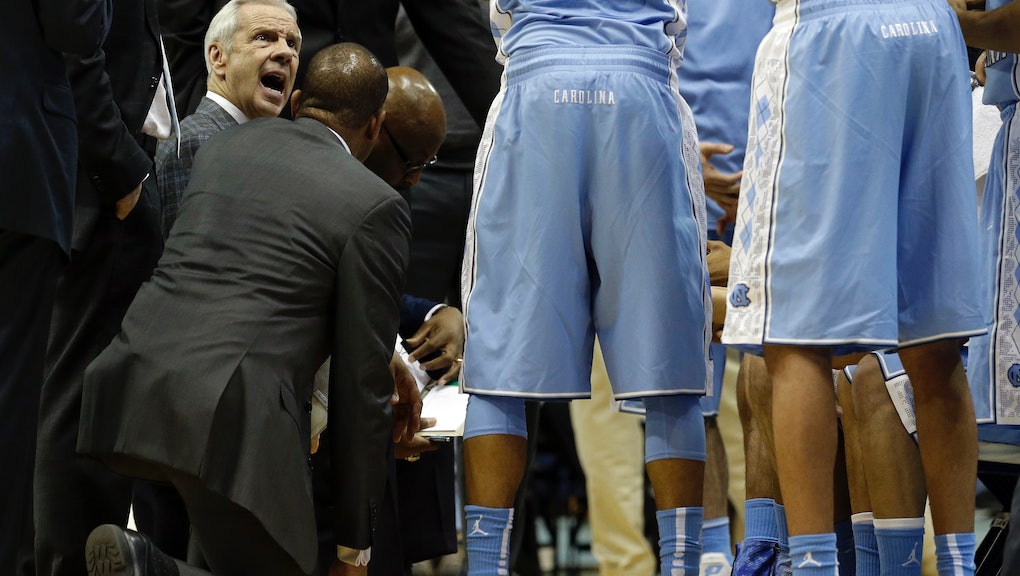 The news: On January 7, CNN published an investigation that found a large share of college athletes read at a very low-grade level. Included in that report was research from Mary Willingham, a former learning specialist at the University of North Carolina, that found 60% of UNC student athletes who played basketball or football read at a grade level between fourth and eighth.

Since then, Willingham has received plenty of hate mail, including multiple death threats. But what bothers her aren’t the threats to her life, rather that UNC renounced her study, even though the school authorized and paid for the research. Apparently the school wants no part of the research that shows their student athletes can’t read.

Let’s go through what Willingham and CNN found:

The findings: Using what information they could get – some schools denied the request or claimed the information was unavailable – CNN looked at which percentage of revenue sport athletes (students that play a sport that makes money for the school) read at which grade levels. And the results are pretty damning. According to CNN, “most schools have between 7% and 18% of revenue sport athletes who are reading at an elementary school level.”

Willingham’s own research at UNC found that between 8% and 10% of football or basketball players at the school read below a third grade level.

So these universities are putting kids on the field – and court – that can’t even do high school-level work, let alone college. Willingham admits to tutoring athletes who couldn’t read.

But the problem isn’t that these student athletes are in college. The problem is that these colleges aren’t concerned about helping them improve as students, only as athletes. Schools go to very great lengths to ensure students’ low academic achievement doesn’t get in the way of athletic performance. UNC itself was under investigation for giving students credit for classes they didn’t even attend. At all big level universities, “handlers” are used to bus athletes from one class to the next – when they actually show up for class, that is – and to make it clear to professors that these athletes need to pass. It’s up to the instructors to make that happen, through whatever means necessary, even if that means grading athletes to a much lower standard.

I’m not surprised Willingham received death threats for revealing the sad state of affairs of college athletics. I’m not even surprised UNC distanced itself immediately from the report. There’s too much money on the table to talk about any serious reform. So schools continue to spout the same old stuff – “we’re investing in their future,” says Oregon State University – and the status quo remains.