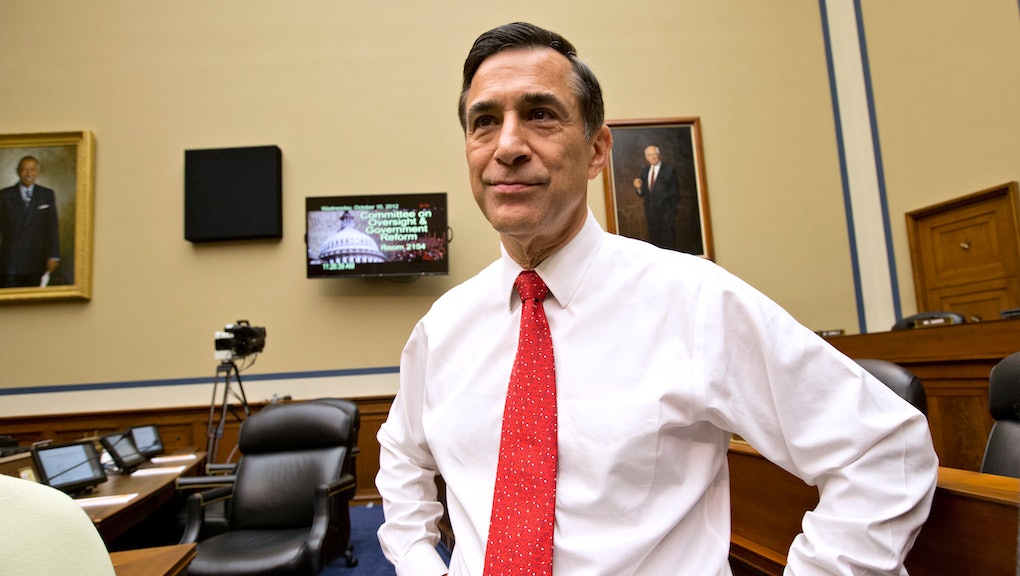 For the First Time in History, Most Members Of Congress Are Millionaires

The news: Congress is really rich. On the whole, it’s the richest it has ever been, actually. For the first time ever, a majority of members of Congress are millionaires. That’s according to a new report by the Center for Responsive Politics – better known as OpenSecrets.org – that found at least 268 members of Congress that had an average net worth of at least $1 million in 2012.

Moreover, the median net worth in Congress was $1,008,767. That’s up from a median of less than $1 million the year before, meaning the men and women of Congress are getting richer. Good for them, I guess?

Who’s the richest of the rich? That would be Republican Darrell Issa from California, with an average net worth of $464,115,018. But don’t think this is a Republicans-only thing. Seven of the top 10 richest members of Congress are Democrats – the money flows on both sides of the aisle. The only female member of Congress to make the top 10 is Nancy Pelosi at tenth, but don’t feel too sorry for her: she’s worth almost $88 million.

Unsurprisingly, the Senate overall is much richer than the House of Representatives, with an average member worth of nearly $3 million compared to the House’s relatively paltry $896,004.

Numbers across the board are up from the year before, when less than half of members of Congress were worth $1 million. Check out the breakdown:

Source: The Center for Responsive Politics

Why does this matter? It’s all about perspective. As the Open Secrets report says, the reality that most members of Congress are worth at least $1 million “represents a watershed moment at a time when lawmakers are debating issues like unemployment benefits, food stamps, and the minimum wage.” How effective can legislation be on issues like these relating to poverty when they’re so far from the realm within which members of Congress live? If you’re worth millions of dollars, you have an undeniably different perspective on something like SNAP than someone who actually relies on the program. And that’s baggage you can’t always separate yourself from.

And whether a symptom or a cause, this clearly has something to do with the high cost of running a campaign. “Candidates need access to wealth to run financially viable campaigns, and the most successful fundraisers are politicians who swim in those circles to begin with,” said Executive Director for the Center for Responsive Politics Shelia Krumholz.

Members of Congress are richer than ever. But it only means something if the electorate decides it means something. Is there a future where excessive wealth is a hindrance to politicians instead of a boon? Maybe. But for now, expect to keep seeing millionaires take the roll-call votes.