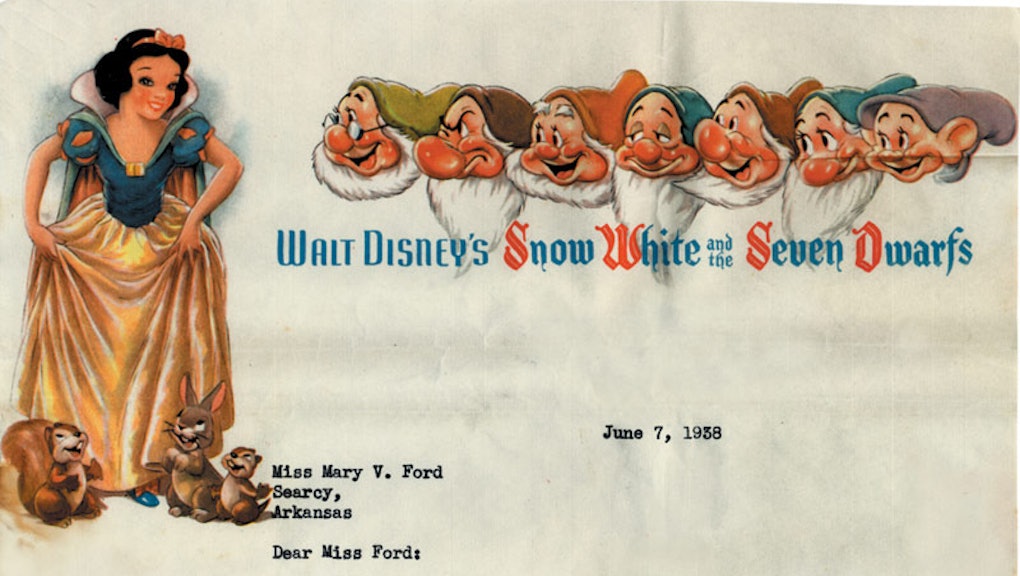 Meryl Streep stuck it to Disney at the National Board of Review Awards last Sunday night, when she called out the company for its sexist and racist past.

"Some of [Disney's] associates reported that Walt Disney didn't really like women," Streep said. "Ward Kimball, who was one of his chief animators ... said of Disney, 'He didn't trust women, or cats.'"

And as it turns out, Streep knew exactly what she was talking about. The proof? This rejection letter from 1938 that was sent to a female applicant, stating that women do not hold roles in the cartooning department —those are reserved solely for men.

Here's the letter in its entirety:

Think modern-day Disney has changed? Not so much. Walt Disney's sexist attitude has been well ingrained at the eponymous company. For example, in October 2013, Frozen's head of animation Lino DiSalvo said that female emotions are hard to animate, because you have to make sure that the character remains pretty.

"Historically speaking, animating female characters are really, really difficult, because they have to go through these range of emotions, but you have to keep them pretty... So, having a film with two hero female characters was really tough, and having them both in the scene and look very different if they're echoing the same expression; that Elsa looking angry looks different from Anna being angry," said DiSalvo.

Historically speaking, when you alienate women from the creative process of animating female characters, you end up poorly representing a diverse range of women, emotions and all.