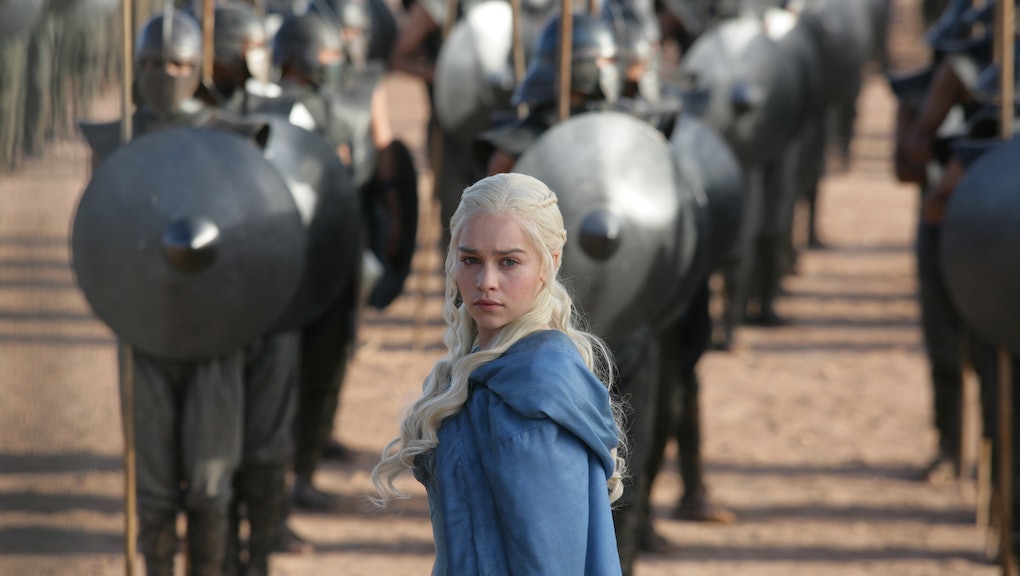 Update: Here's the first official 'Game of Thrones' trailer. And OMG is it epic.

Game of Thrones has received an official release date for Season Four: Sunday, April 6, at 9/8c. The official trailer gives viewers something to gnaw on for the next three and a half months. HBO also released special Vine teasers, some of which can be seen below.

With all the looming excitement, here's a look back at Season Three, with some expectation of what viewers can expect (minor spoilers, but nothing from the books).

When we last saw Jon Snow, his girlfriend Ygritte tried to kill him and nearly succeeded after his cover as a wildling was blown. Now, she's presumably rejoined Mance Rayder for his assault on The Wall, just as Jon rejoins its defenses.

Oh, and those White Walkers are still preparing to march on the South.

In case anyone forgot, Winter is still coming.

The horrid boy-king stands triumphant over his enemies, with Robb Stark and his entire army slain at the Red Wedding and Stannis long retreated to his castle at Dragonstone. But the victory really belongs to his grandfather, Lord Twyin Lannister, the Hand of the King and the true embodiment of the Iron Throne's power. When we last saw Joffrey, he was refusing to stay subservient to Tywin:

Perhaps something more horrible lurks in the future for Joffrey than being sent to bed without his supper. Or will his chain of undeserved victories continue?

Theon spent the majority of the last season in protracted torture scenes at the mercy of Lord Bolton's bastard child Ramsay, which got pretty old after a while. Now a broken man, he's been forced to take the name Reek, and he's had his pecker chopped off.

"What? Nooo. Pork sausage! You think I'm some sort of savage?"

Meanwhile, his father has abandoned him due to his incompetence and cowardice. But his badass sister Yara has decided to come rescue him, accompanied by the "50 best killers on the Iron Islands":

Will she succeed or get stuck on the way? Will Ramsay capture her too? (Please God no, we don't need any more torture scenes.) And most importantly, will we find out who this guy is?

With his unfortunate marriage to Sansa Stark going very badly, Tyrion has to deal with the additional threat of his family. Cersei wants him dead. Joffrey wants him dead. Tywin wants nothing but for him to claim the throne of the North and be gone forever.

In Season Three, the Mother of Dragons was teaching the slavemasters of Astapor a lesson in humility. Burn:

Then she marched on Yunkai, taking the disturbingly handsome Daario Naharis as a commander (and potential love interest). The very last we saw her, she was surrounded by a circle of recently released slaves in a scene that frankly had very disturbing racial overtones. But is she getting any closer to crossing the ocean and invading Westeros? Maybe in Season Four.