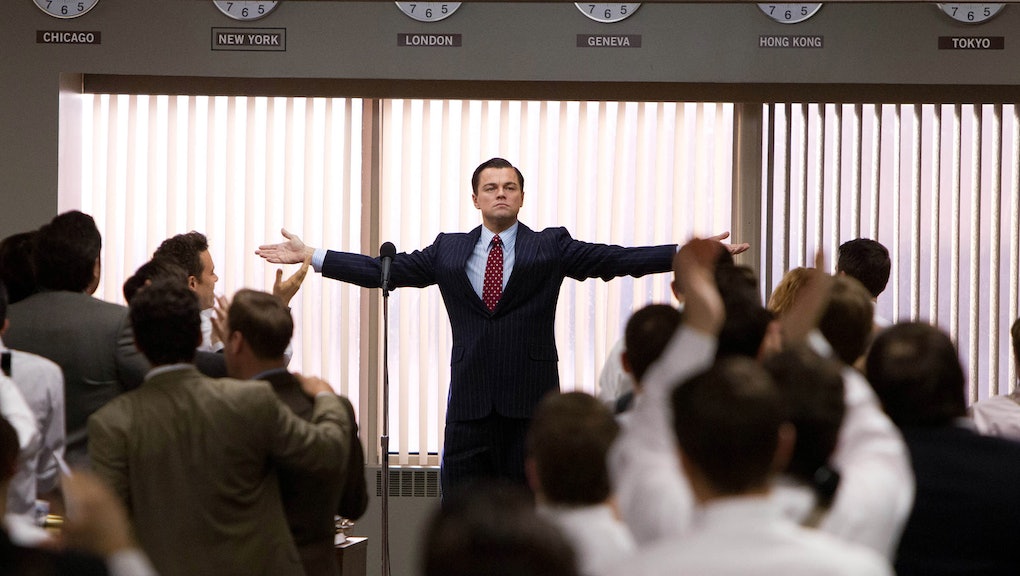 How Glorious Will It Be If Leonardo DiCaprio Wins a Golden Globe Sunday Night?

Is it really the time of year again when we think longingly about what life would be like if Leonardo DiCaprio won a major award, and then emerge crushed when he inevitably loses? It's quite possible.

DiCaprio is nominated for a Golden Globe this year in the Best Actor, Comedy category. The movie? The Wolf Of Wall Street, of course, and it's no secret that the masses (and probably many members of the Hollywood Foreign Press) are not too jazzed about the film. Will Leo win? Well, he's got a one-in-five chance, and critics all over are crossing their fingers. This very well could be a Leo-Golden-glory-year, and what fun would it be if he won for a movie so vehemently hated?

Let's take a look back at the Leo losing legacy. The man has been nominated for three Oscars (What's Eating Gilbert Grape, The Aviator, and Blood Diamond; note, Titanic is not on that list) he's won zero. He's actually been nominated for nine Golden Globes (he's glamorous and they obviously like him more than the Academy does) and even won once (for The Aviator which is totally random) but it's become something of a running joke that Leo will never take home an Academy Award.

If he wins a Golden Globe on Sunday night it might bring him one step closer to an Oscar triumph, but the reality of him winning an Academy Award during the Matthew McConaughey comeback year is slim to none. But let's just take things one step at a time and wait and see what happens Sunday night. In the meantime, people all over Tumblr will continue making powerful Leo-losing images like this one: