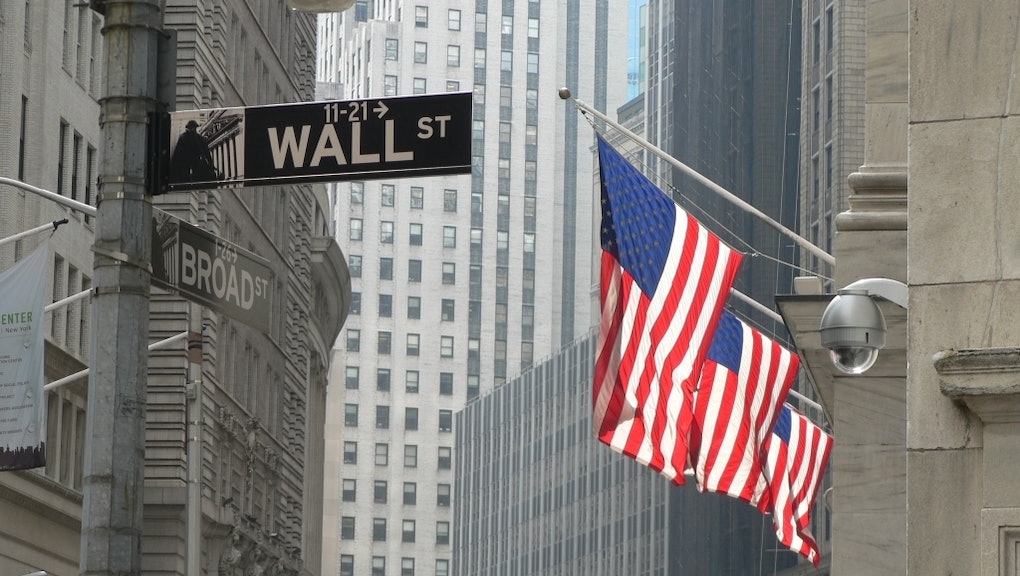 For all its majesty, the law is imperfect, and, if you're willing to pay a room full of corporate lawyers seven-figure salaries, they're likely to come up with all kinds of clever (and legal) ways of circumventing the spirit, if not the letter, of the law. Such corporate loopholes have allowed multi-billion dollar corporations to do things like circumvent campaign finance law, stiff the IRS and get generous tax subsidies for criminal malfeasance. Here are 11 of the worst legal loopholes corporations have come up with:

Multinational corporations don't have to pay taxes on overseas profits; that is, until they transfer those profits back home. This would make sense, if it weren't for a practice known as "transfer pricing," where a multinational corporation can transfer the profits of a U.S. subsidiary to a subsidiary in, say, the Cayman Islands. There the money sits, allowing corporations to defer taxes on those profits indefinitely. By its own accounting, the U.S. government loses $10 billion to this loophole every year.

Ordinarily, when one big company acquires another, they have to notify the Department of Justice, which decides if the merger violates anti-monopoly regulations. However, companies can avoid those regulations if the company they buy a company that is both foreign and itself owns less than $70 million in U.S. assets. When Google bought Israel-based Waze for over $1 billion last June, which was considered to be Google's real competition in the development of mapping software, many cried foul. But according to existing law, the Justice Department couldn't touch them.

When an ordinary person gets a speeding ticket, they don't get to write that off as a tax deduction at the end of the year. But when corporations are found criminally liable and hit with punitive damages, they get to claim those damages as a "necessary and ordinary" business expense. For example, Exxon's $1.1 billion fine for the Valdez oil spill ended up costing the company less than half that figure, after taxes. Essentially, taxpayers were left picking up the rest of the tab.

Patent injunctions are corporations' favorite tools for bullying and intimidating rising competitors. Ideally, when a patent-holding corporation believes another company's product is violating their copyrights, they can ask a judge for an injunction, essentially blocking the violator from selling the infringing product. However, because injunctions were so easy to get, in many cases corporations were using the mere threat of one to force smaller companies into shelving their products or paying them exorbitant fees, even when only a weak claim of copyright infringement could be made. When the Supreme Court rewrote the rules to make injunctions harder to get, many thought the loophole was closed, but when government closes a door, corporate lawyers open a window. Instead of going through the courts, corporations are now going through the U.S. International Trade Commission.

The long-awaited Volcker Rule, a provision in the Dodd-Frank bill that aims to finally get commercial banks out of the risky trading business, was meant to finally clamp down on the kind of financial practices that led to the recession — that was the idea anyway. Now that it's been watered down by lobbyists, big banks will have plenty of loopholes to access. The biggest loophole seems to be the exemption allowing banks to buy government debt. Although there's no danger when banks buy relatively low-risk treasury bonds, they are free to bet your money on Detroit and Puerto Rican debt, which, you know, isn't so secure.

One of the financial sector's loudest arguments against the Volcker Rule was that the restriction against proprietary trading reduced U.S. banks' competitiveness vis-à-vis foreign banks, which face no such restrictions. Thanks to their lobbying, they've won an exception. Banks under the Volcker Rule can do all of the risky trading they want, so long as it's through their "foreign banking entities." Because, you know, financial crises are always local anyway.

Some hedge fund managers and corporate CEOs manage pay to drastically lower taxes on their income by calling it something else: carried interest. Carried interest, which refers to the return over a predetermined profit, allows these executive to claim their compensation as capital gains and not income. Capital gains are taxed lower to encourage investment and stimulate economic growth. However, for corporate executives who are compensated mainly through stock options and carried interest, it's a loophole that lets them pay half of what they' d otherwise owe to the IRS.

Most people are familiar with why super PACs are bad, namely their complete abrogation of any limits on campaign donations. For a brief moment, there was a silver lining: super PACs would be required to reveal their donors. If one extremely wealthy individual or corporation tried to outright buy an election, at the very least the public would know. That is, until corporations started exploiting a loophole that allowed them to funnel their donations through 501(c)4, "social welfare" organizations that are not required to make their donors public. Now, when you look at a super PACs donor list, all you see are other non-profits.

Lifo is a pretty standard accounting practice that lets companies track the value of their inventory by what the last piece of product sold for, sparing them the need of tracking changing values over multiple quarters when tax time comes. Conceivably, it is an important tool for small businesses across the country, but when Exxon Mobil uses it, it's nothing more than legalized tax evasion. Basically, Exxon Mobile can spend a year selling $20 gas for $50 but still claim a $10 profit per transaction, so long as the price of oil at some point gets to $40 by the end of the year, saving them billion in tax liabilities.

During the early 20th century, a slew of federal agricultural policies were instituted to insure small farmers from changing weather and preserve a dependable food supply for the American people. Almost a century later, many of those policies are still in place, except the beneficiaries no longer small farmers, but big agribusiness, which receives 75% of the subsidies. Over the past decade, subsidies have cost the American taxpayer over $168 billion.

After the Jack Abramoff scandal, lobbying reform was passed that made it impossible for a lobbyist to buy a lawmaker so much as a sandwich. At least, that was the idea. A series of loopholes have meant that nothing has even slowed down the practice of flying congressmen to Brazil in return for a few favors. Now, instead of paying for the trips directly, lobbyists and corporations set up 501(c)(3)s to do the work for them. As recently as 2011, the International Conservative Caucus Foundation spent $100,000 sending four congressmen and their families on an African safari, finding time along the way to tour a Volkswagen factory (an ICCF donor).