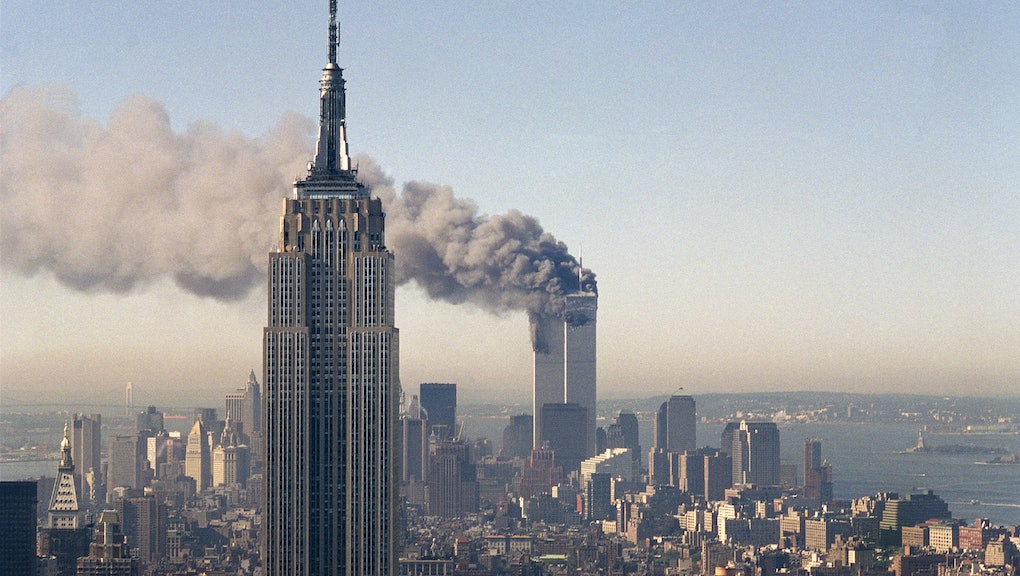 The Story of Our Generation, in 14 Photos

While millennials were growing up, the world grew up too — sometimes for the better, often for the worse. Our lives have been pocketed with mishaps and shaped by tragedies. But now that we are adults, we can do something about this, avoiding the previous generation's mistakes while improving on its triumphs. The list below highlights seminal moments from our developmental years ... and by learning from the past, we can create a better future.

The First Gulf War, dubbed Operation Desert Storm, marked the beginning of an eventful and tragic decade. Unlike the 2003 war, it involved a broad coalition of nations (34) and featured relatively high international support.

In 1993, what had for a long time been the most violent continent on Earth united under a single banner. The impact of this cannot be overstated. For if there are any signs at all that rampant jingoism and nationalism are declining, then those signs are implicit in the new Europe. Unfortunately, recent developments in East Asia and elsewhere suggest that narrow-minded jingoism may be here to stay. (See the Senkaku Island controversy and the rise of far-right parties in Greece and France.)

The specter of terrorism haunted the American mind even before 9/11. On April 19, 1995, the radical anti-government terrorist Timothy McVeigh exploded a bomb at the Alfred P. Murrah Federal Building in downtown Oklahoma City that killed 168 people.

On April 20, 1999, two students murdered 12 of their peers and a teacher in what was (then) the most horrifying massacre of its kind. Since that day, countless such incidents — most small, some large — have occurred at schools across the country. In 2012, Adam Lanza murdered 26 people including 20 children at Sandy Hook Elementary in Newtown, Conn.

It is hard to think of a more defining moment than Sept. 11, 2001. From national security to privacy to geopolitics, the post-9/11 world is decidedly different from the pre-9/11 world. One of the greatest questions of the Millennial generation, in light of the threat of future 9/11's, will concern how much freedom we are willing to sacrifice for security. This question is, as yet, unanswered.

For some, the Patriot Act marked the beginning of decisive American action to combat terrorism after 9/11. For others, it marked the first true terrorist victory. The terrorists had, by terrorizing us, caused us to swallow the Fourth and Eighth Amendments and adopt a distinctly anti-American bill under the guise of "patriotism." One thing is certain: Whichever camp you are in, this was big.

Unlike the First Gulf War, the Second Gulf War's consequences are still far from certain, the wisdom of American intervention murky (to say the least).

Remember when Facebook used to only be open to users with an .edu email address? The social media giant started out small, with us. Now, it has almost 2 billion users and was the first successful social network (sorry MySpace).

Now Facebook, along with Twitter, Instagram, Snapchat and others, are redefining how people communicate and connect with each other. They were also all started by our peers.

On Aug 29, 2005, Hurricane Katrina struck the Gulf Coast. The swells overwhelmed the levees and we mostly watched as one of our greatest cities was turned into a picture of carnage. Thousands were killed and many more were displaced. There was an estimated $100 billion in damages. And the larger debate around race and class, government intervention, and the environment continues today.

It's still hard to comprehend, but our generation saw the worst economic collapse since the Great Depression. Unfortunately, as we struggle to get jobs (or, in my case, to pay off law school loans), we are still feeling the effects.

2008 marked the election of a diversifying nation's first black president, a charismatic figure who promised "change" and "hope" who catered to our generation in a way that no other candidate has. Unfortunately, at least on foreign policy, Obama's second term feels a bit like Bush's fourth.

Love it or hate it, the Affordable Care Act (ACA) marks a transition for the U.S. — one that sees us shifting closer to other industrialized nations on issues like welfare and health care. Where this shift continues or whether the (burgeoning) libertarian movement among our generation wins out will be interesting to watch.

The Arab Spring marks the first truly global revolution. Protests may have been physically occurring in Tunisia, Cairo and Damascus, but the entire world contributed to the discussion in unparalleled ways through social media. The Arab Spring is our generation's way of staging revolution, and we depend on Facebook and Twitter more than the leaders of the French Revolution relied on guillotines.

Whether you're a Catholic or an atheist, you can't help but like Pope Francis — something that makes him different from many of his predecessors. In addition to embodying the teachings of Jesus Christ (humility, compassion, forgiveness, charity), Francis exemplifies the direction our generation strives for. He includes everyone, truly understands without judging, and fosters tolerance. The pope might not be a millennial, but he embodies the Millennial spirit better than anyone I know.