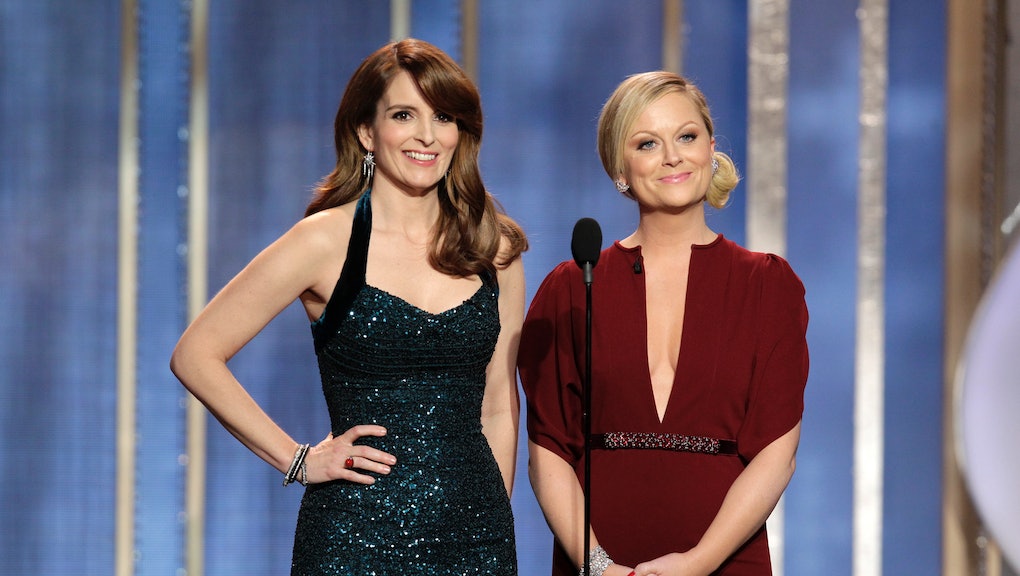 Tina Fey and Amy Poehler's Opening Monologue, a Look Back at Last Year

In preparation for what will undoubtedly be a hilarious display, let's take a look back at last year's opening monologue. Choice lines include:

"Only at the Golden Globes do the beautiful people of film, rub shoulders with the rat-faced people of television."

And their oddly prescient remark, "Ricky Gervais could not be here tonight because he is no longer technically in show business. We want to assure you that we have no intention of being edgy or offensive tonight because as Ricky learned the hard way, when you run afoul of the Hollywood Foreign Press, they make you host this show two more times."