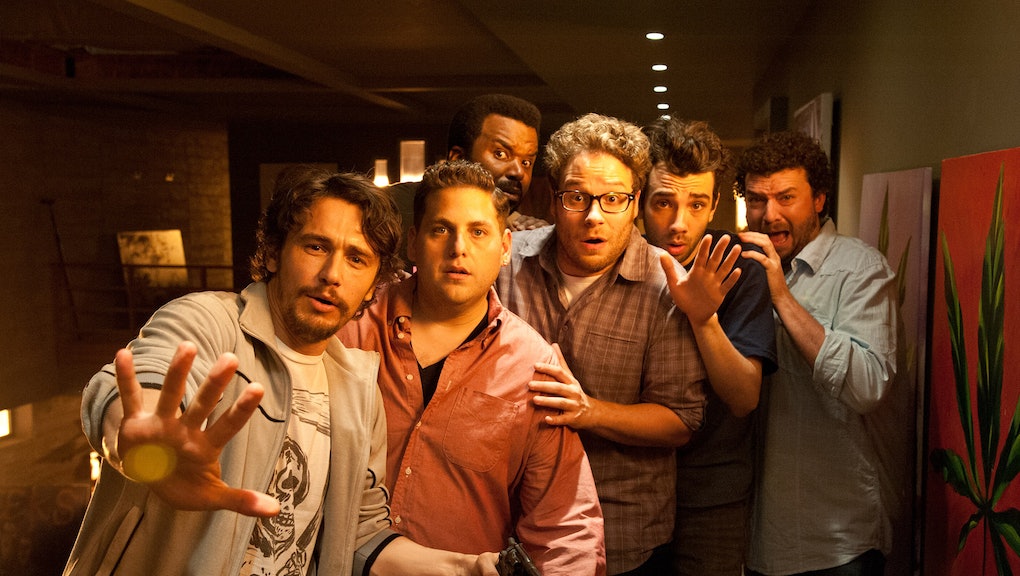 The Golden Globes Have a Serious Comedy Problem

As an awards show, the Golden Globes is unique. Unlike other awards shows, the Golden Globes split nominated TV shows and films into two categories: Drama, and Comedy/Musical (the musical being more appropriate in its founding year, 1944). By doing this genre split, the Globes give films that normally get passed over for awards consideration a moment in the sun before they get ignored at the Oscars. Or that's the idea, at least.

Yet the Golden Globes infamously seem to get their genres confused every year. The category name itself — Comedy/Musical — is confusing enough to begin with; while some musicals can be funny, many have thematic elements that would make it fit in better in the Drama category. Yet even more importantly, the Comedies are rarely actual comedies in the same way the Drama films are actually dramas. In fact, often they're just less melodramatic, but equally serious films.

This is not to say that the Golden Globes did not make good choices this year. Every film in the Comedy/Musical category was among the most lauded and successful films of the year. However, whether or not some of them are actually comedies is up for debate. Inside Llewyn Davis gets a pass because it is a musical. But films like American Hustle and Her are definitively not comedies.

Last night, American Hustle eventually took home the statuette for Best Comedy/Musical. It is a highly entertaining drama with satirical elements here and there, but just because something is entertaining does not necessarily make it a comedy. There seems to be an assumption amongst members of the Hollywood Foreign Press that, if a film isn't as intense as 12 Years a Slave or Captain Phillips, then it isn't a drama.

Similarly, Her is more of a drama with some very funny comic relief than it is a comedy. If Her was purely a comedy, then the relationship between Theodore (Joaquin Phoenix) and his operating system Samantha (Scarlett Johansson) would have been portrayed as an odd punchline — an object for ridicule. However, their relationship is a profound and ultimately a tragic one. The jokes along the way just make the drama hit harder — they don't make it a comedy.

The other two films in the category make a little more sense: Nebraska is a dramedy, but to place it in the drama category would be a disservice to the deeply funny characters that it introduces the audience to. That makes The Wolf of Wall Street the one truly comedic comedy on the list. While it is a three-hour epic about a horrible human being, it is also one of the most profoundly funny films of the year. You would be hard-pressed to find a drama filled with long conversations about midget tossing or feats of physical comedy that even approach the hilarity of the Quaalude sequence.

As you can see, the problem is not with the quality of the films, but rather with the genre confusion. If the Golden Globes want to pick their dramas based on extremes (only the most gut-wrenchingly serious films seem to get nominated), then maybe they should do so for comedy, too. For instance, it would have been totally logical for This Is The End to receive a nomination alongside Her. It was the one of the funniest, most widely praised comedies of the year and it has ended up on many critics' year-end lists. Just because it is profane doesn't mean that it can't potentially be as smart as the other films on the list. If we were to celebrate comedies for their comedic elements — the strength of their jokes or the pacing in their editing — then we could stop celebrating dramas that look a bit like comedies.

Maybe the real problem is that comedies like This Is The End can get lost in translation overseas. The Hollywood Foreign Press Association is made up of voters from about 55 different countries. Seth Rogen's brand of humor speaks more to American sensibilities than those of most other countries. However, this doesn't explain why brilliant British sci-fi comedy The World's End, which bridged the gap between dry humor and pop culture references, couldn't snag a nomination. Or even Frances Ha seems like a fitting match. While it is a dramedy, it ultimately falls more in the comedy camp thanks to the ending. These are the sorts of films we should be honoring, but they remain without a home even in the more accepting categories of the Golden Globes.

There is an over saturation of Hollywood awards and nearly all of them pick the same nominees and winners. While the Golden Globes aren't considered important, they are set apart for being a lighter, more alcoholic show. Watching stars cut loose and sometimes say bad things can be refreshing. It is unfortunate that this light-heartedness doesn't reflect their nominations. Just because a film is devoid of tear-jerking moments doesn't mean it is not a drama. Likewise, even if a film has a fart joke in it, it can still be a work of art.