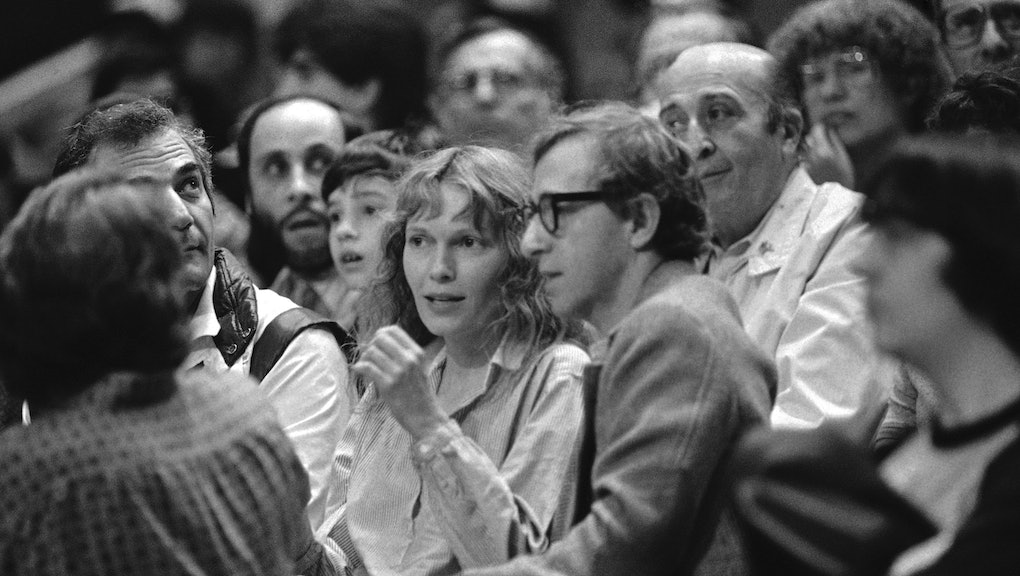 Update: As of Monday morning Mia Farrow added a few more tweets to the conversation.

Remember when Roman Polanski won the Best Director Oscar for the Pianist in 2002? It caused a huge controversy as some said he deserved the award based on his directing merits, while others insisted his history of sexual violence rendered him unqualified for any industry honor.

So, did Allen deserve the award? Probably. After all, a man's deviant behavior doesn't negate his artistic talent and Allen's talent is undeniable. Still, it would have been heartening if Hollywood had put its proverbial foot down, or at least done something to take a stand against sexual violence. Perhaps the Hollywood Foreign Press Association should consider making a hefty donation to one of Mia's many charities as a way of saying, "Woody, we love your movies, but your behavior is abhorrent."