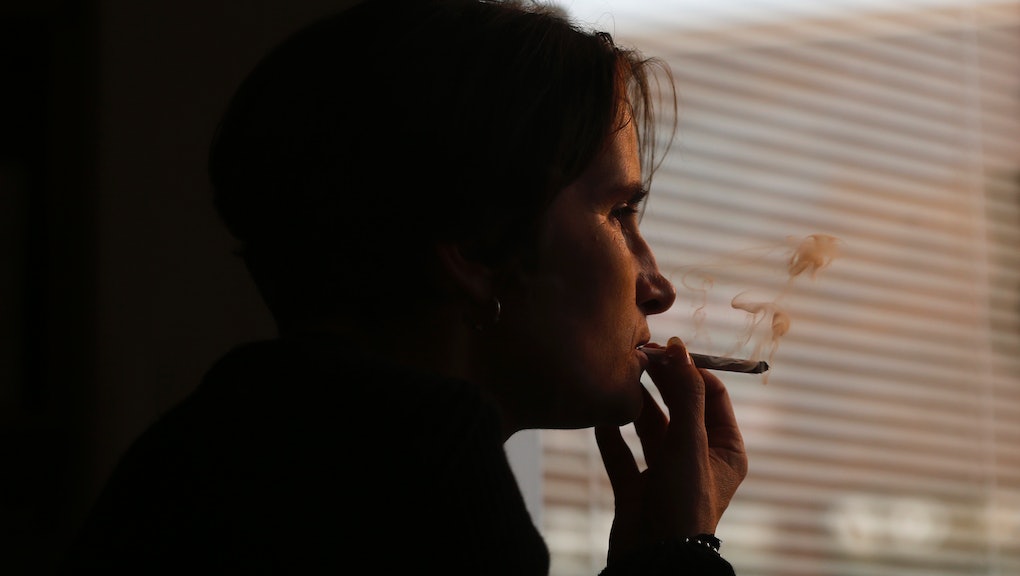 Real or Fake: You Can Use Food Stamps At Denver Pot Shops.

Q: Can you really buy marijuana with food stamps in Colorado?

This rumor has been circling on various blogs and social media posts since the beginning of the year:

Of course, this populist faux-rage at taxpayer-funded munchies has no truth to it. As Snopes notes, the original news source the rumors began on was the National Report, which ran the alarmingly-titled "Colorado Pot Shop Accepting Food Stamps – Taxpayer Funded Marijuana for Welfare Recipients" on January 3. The article claims that Rite Greens, a marijuana distributor, is accepting taxpayer-funded benefits in exchange for marijuana, even linking to their web site which proudly says "We accept EBT."

And store owner JC Franco told their reporter that “Everyone should have access to marijuana. If a user is not able to afford their buds on a limited budget, then having taxpayers help cover the shortage is only fair. This isn’t a right only for the wealthy.”

The only problem is that the National Report is actually a fake news site, designed to trick conservatives into believing that satirical articles written from an extreme-right viewpoint are true. It's a deliberate example of Poe's Law — the idea that without knowing the author's intent, it's impossible to tell the difference between extremism and parody — in action. The National Report relies on other sites like Conservative Frontline to buy the stories and help trick unwary (or unintelligent) right-wingers into falling for blatant lies.

For what it's worth, sites like the Daily Paul also fell for the hoax.

According to dispensary operator Ryan Cook, there's nothing to suggest that pot shops would accept EBT or allow benefits to be used to purchase drugs.

"I've never heard of it. We've never seen it in any of our locations," Cook told Townhall.

The food-stamps-for-weed story holds about as much salt as the "37 dead in marijuana overdoses" hoax which also went viral on anti-marijuana media.

But that hasn't stopped Colorado's legislators from jumping into action. Rep. Jared Wright (R) has introduced a bill to ban EBT use at marijuana dispensaries, where they're already not used and not accepted.

"We need this bill, if for nothing else, as a statement," Wright told the Associated Press.

"We shouldn't be enabling anyone to buy a substance that is banned under federal law. It's not a good use of taxpayer money."

It probably isn't. But is tackling a fake problem a good use of the legislature's time?