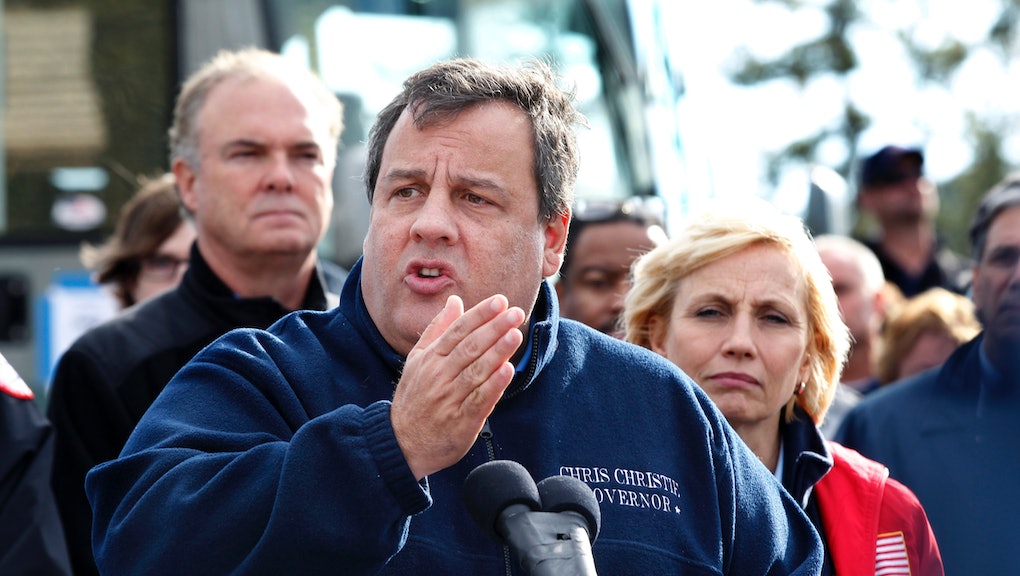 If you thought things looked bad for Gov. Chris Christie (R-N.J.) after Bridgegate broke, take a look at the new federal investigation into his conduct.

According to a letter written by Rep. Frank Pallone (D-N.J.) last August, Christie may have abused federal relief funds intended to promote tourism to the Jersey Shore after Hurricane Sandy for his own political gain. "Pallone questions the Governor's decision to award the contract to a bidder that cost the state $2.2 million more than a comparable firm's proposal," a press release on his website explains. "These taxpayer-funded television ads feature the Governor and have been aired in New Jersey and surrounding states during his reelection cycle. However, the proposal from the less expensive firm that was not chosen during the bidding process did not propose featuring the Governor in the ads."

Even if Christie isn't shown to have engaged in criminal wrongdoing, his presidential hopes are effectively dead. Not only is this the second hit his reputation has taken in less than two weeks, but this time he doesn't even have the semblance of plausible deniability. While upcoming investigations may yield evidence that Christie ordered lanes closed on the George Washington Bridge last September, at present there is no proof that he was guilty of misconduct. The same cannot be said of this latest scandal; even if Christie's actions weren't illegal, they undeniably betrayed a callous indifference to the best interests of his constituents. As Pallone's press release pointed out, "Had Governor Christie chosen the less expensive firm, $2.2 million in federal disaster aid could have potentially been directed elsewhere, for example, to provide 44 Sandy impacted homeowners $50,000 grants to raise their homes."

This is not the kind of damage from which presidential aspirations can recover. Despite the fierce opposition of his party's conservative base, Christie was poised to be a formidable contender in the 2016 election cycle because of his image as an honest, no-nonsense executive who refused to allow partisan politics to interfere with the needs of New Jerseyans. That perception of his character is now forever a thing of the past, with the moderates who once deemed Christie to be their ticket to the White House no doubt already scrambling for a viable (i.e., electable) substitute.