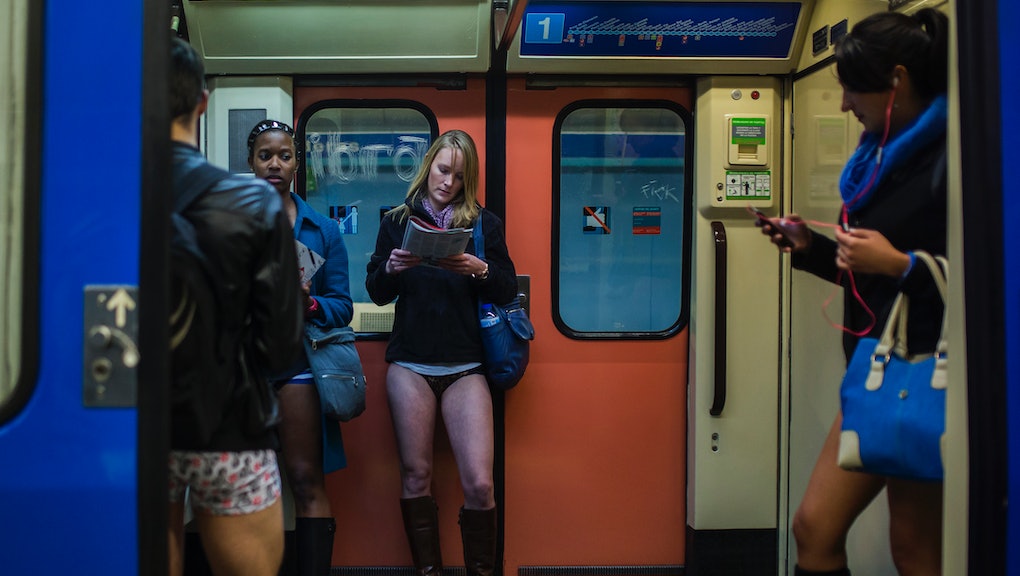 Sunday marked the 13th annual No Pants Subway Ride, a tradition that began in New York City in 2001 and now takes place on trains in 65 cities in 25 countries. You're welcome, rest of the world.

Originally begun by Improv Everywhere, a "prank collective that causes scenes of chaos and joy in public places," the No Pants Subway Ride has become a staple in each of its home cities. As if the New York subway needed to be any more chaotic. Here are the most hilarious photos from this year's ride:

Participants in NYC co-mingle with their clothed counterparts. Honestly, though, this isn't even that strange as far as the subway is concerned.

Suspendered men in Mexico City board the train sans trousers, leading to the immediate question: Why the suspenders?

This looks a little bit like the teaser image of a pretty awesome TV show. Take note, writers.

The bare-legged bunch kept cozy on the tube. This seems a more convivial crowd than most.

But what's a global pantsless subway ride good for if not a little bit of levity and solidarity?

Of course, there's a good chance this child will just assume nobody wears pants on the subway.