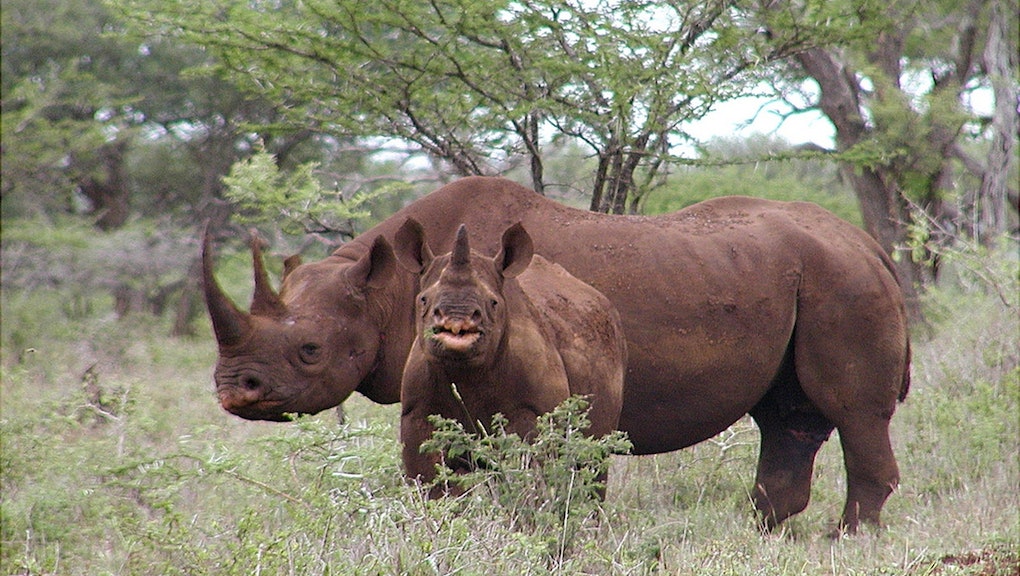 On January 11, the Dallas Safari Club – a group whose motto is "The Greatest Hunters Convention on the Planet" – held an auction for one of five yearly hunting permits for a black rhino from Namibia. The winner, who wasn't revealed, paid hundreds of thousands of dollars for a chance to hunt a black rhino, because hunting large, rare animals is a thing people still do.

The club maintains its stance that the auction was in the name of conservation and that the money from the auction will go to protection efforts for the species. But does it really make sense for a group with the website URL biggame.org to be selling the chance to kill an endangered rhino in the name of protection?

Something is off here. Because, you know, there are only around 5,000 black rhinos left in the world. Roughly 1,700 of them are found in Namibia. And the Dallas Safari Club wants to kill one so it can save the others?

OK, let's take the club's defense that the rhino in question – the one that will be hunted for sport – is old and non-breeding, so it won't be advancing the species anytime soon either way. Fine, at least we're not killing one that can help perpetuate the species. But is auctioning off the chance to kill it really sending a good message? To me, paying $350,000 to kill one of these rhinos doesn't exactly scream commitment to keeping the species alive.

At the end of the day, the auction puts a price on the black rhinoceros. And if the goal is preservation of an endangered species, how does it make sense to promote the killing of one? The messages don't add up. Let's call the auction what it is: an auction for hunting enthusiasts that get off on killing big game, endangered animals. Trying to hide behind promises of conservation is laughable at best.