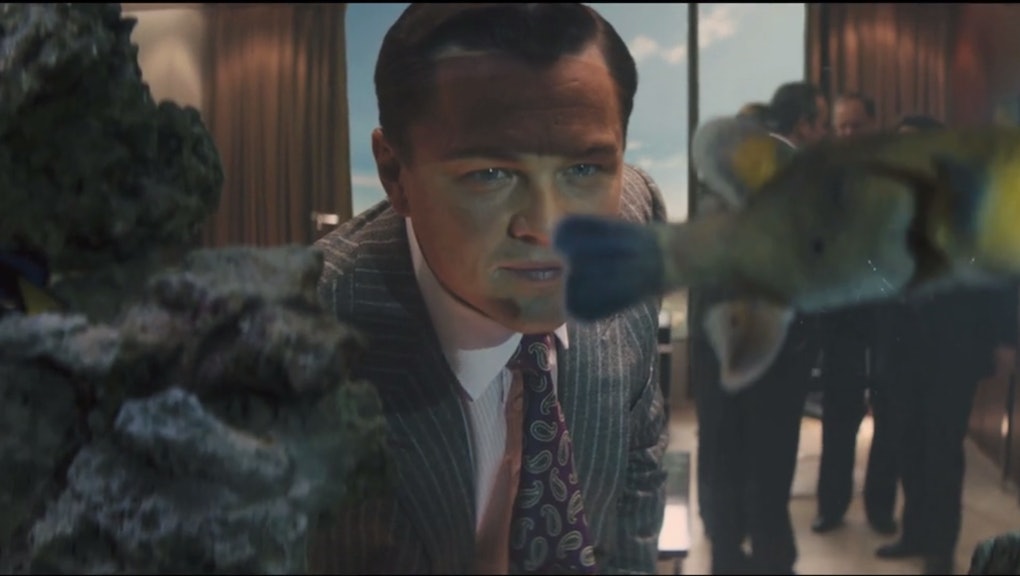 The 180-minute run time of The Wolf of Wall Street is filled with lots of money, sex, drugs, and overall corruption, but, unlike Gravity, it doesn't involve wild fires on international space stations. Yet the film's visual effects reel, released yesterday from the folks at Brainstorm Digital, proves that it takes a lot of movie magic to drum up that much wealth.

The reel shows how photo-realistic matte paintings subtly transformed the entire background of the movie to create the illusion of wild wealth well beyond any film's budget. With the help of a green screen, the computer wizards behind the visual effects turned a secluded beach house into one of many waterfront Long Island mansions; transposed a wedding from a nondescript sandy beach onto an idyllic palm tree destination; and took a modest brick house's doorway and put it on an ornate stone townhouse. The reel shows that everything — from the movie's characters to their environments — is tweaked to up the spectacle.

Visual effects might seem unexpected in movies that lack a fantasy or science-fiction element, but they're cropping up more and more in a different sort of fantasy — displays of excess. Take another DiCaprio movie, The Great Gatsby, set in the same location, but different era, as The Wolf of Wall Street. Visual effects aren't only for new planets or great dragons — they're to make houses grander, champagne bottles bigger, and money greener. In both movies, the digitally extended environments help us understand just how grand the character's lives are.